Eli Broad and the Clintons: Update of the Update 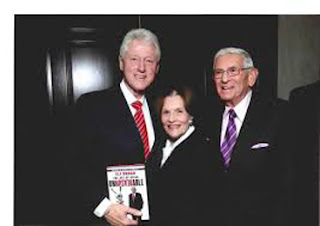 Is this obfuscation of the deeper relationship between the Clintons and Eli Broad than previously disclosed?

The nature of the Clintons relationship with Eli Broad should be investigated further. When and under what circumstances did Hillary Clinton become Eli Broad's lawyer (assuming Bill Clinton was telling the truth in the interview)? What role did the relationship between Eli Broad and the Clintons play in the development of the neoliberal attack on public education?