When the profiteers and venture paternalists moved into New Orleans to patch together their corporate system of schooling in the wake of Katrina, they had an opportunity to break the mold and create a socioeconomically-integrated and diverse system, or to design a corporate welfare system that mirrors the long held hierarchy based on unearned privilege, economic exploitation, and racial oppression.

A new report from Stanford outlines clearly which road the corporate reform schoolers chose, and it was not the one less traveled by the predatory pedagogical pretenders.  See charts below. 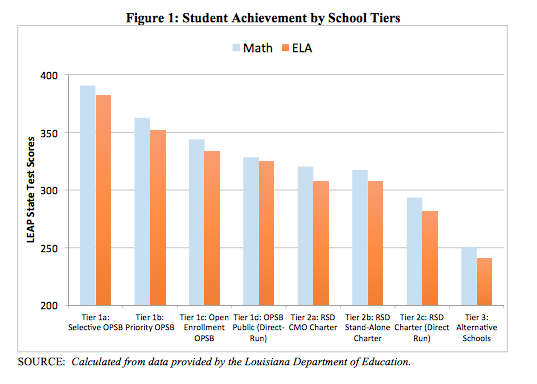 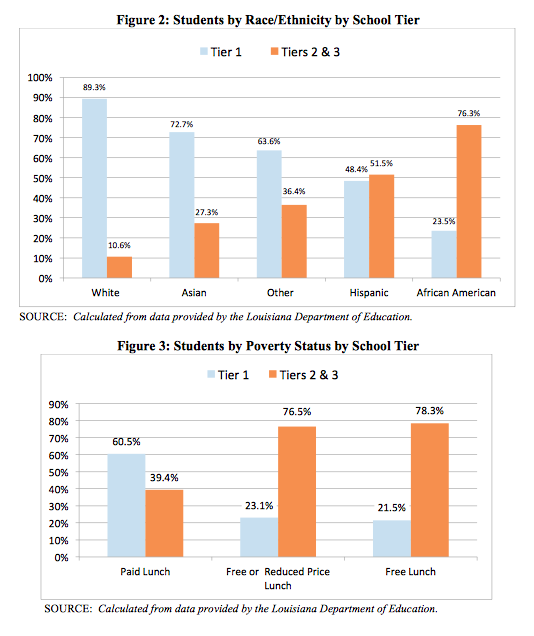 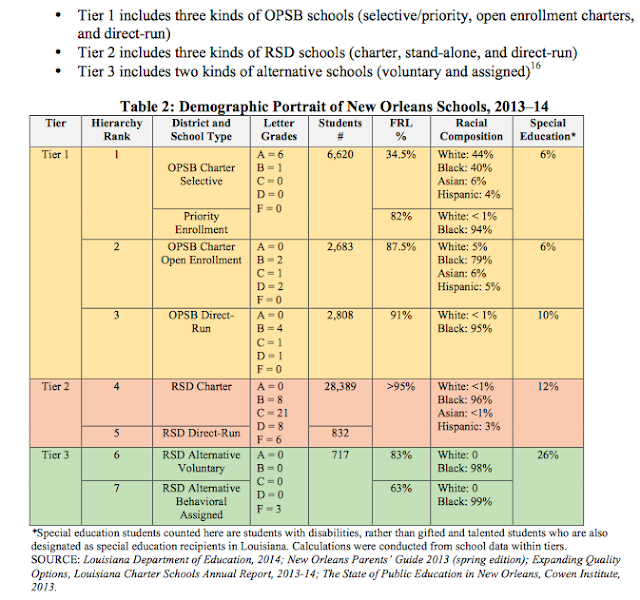 Not only have the corrupt and arrogant CorpEd losers created a rigid caste system of schooling, but they have imported Wall Street methods of accountability, as shown in this clip from the report provided by Jan Resseger:


“A constantly changing set of metrics in terms of how student scores are reported (with recent changes in cut scores and content) and how school ratings are reported (with several sets of changes to the school ranking system) have contributed to competing narratives about the effectiveness of reforms in the years since Katrina.  So has the fact that the state allows schools that are brand new, have been closed, or have accepted students from a closing school to be exempted from the accountability ratings for a period of time.  Thus, in 2013, when 9 schools opened and 9 closed, and another set of schools accepted students from those being shut down, more than one-third of New Orleans RSD schools, disproportionately lower-performing, were exempted from the ratings.  In that year the district’s improved ranking (from an ‘F’ to a ‘C’) occurred substantially because of these exemptions… When looked at separately from OPSB, which was not the subject of state takeover and did not include a system-wide conversion to charter schools, New Orleans RSD schools demonstrate very low outcomes.”