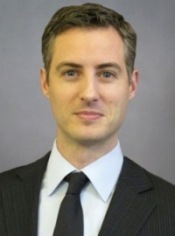 John White got his BA in English at UVA before he joined TFA and, in white missionary fashion, learned to teach on poor people's children in Newark.  A stint as a TFA exec in Chicago followed, and then came five years as one of Klein's brigade of callous Corps members in NYC, trained to do what their "thought leaders" commanded.  The positivized White impressed Bloomberg and Klein for his glassy-eyed devotion to shutting down city schools and running Klein's relocation war room on schools, and before you could say Martin Seligman, Little John was placed in charge of one of Bill Gates's self-serving plans to slash the number of required teachers by plugging children into computer screens for up to half of the school day.  Called the Innovation Zone (iZone) (cute), it could spell twilight zone for teachers and children.

Now freshly minted from Eli Broad's corporate training school (Class of 2010) for future superintendents who are trained how to use their power to hand over their systems to the Business Roundtable, Little John was quickly moved to the front of the line to replace Paul Vallas just weeks ago as head of the Recovery School District in NOLA, despite the fact that White has never even been an assistant principal.

But don't unpack your positive psychology books so fast, John, for Bill, Eli, and Arne would like to put you in charge of your own state, or at least in charge of their own state:  Louisiana.

With the LEAP test in Louisiana newly-loaded with a set of fresh targets for the final bombing sorties on the state's struggling public schools, the Oligarchs figure they have as perfect an opportunity as they will ever get to use Little John to put into play his their portfolio school plan, with corporate welfare charters, public funding of private religious schools, schools with computers replacing half the teachers, and, of course, the greatest scam of all, the virtual charter schools, where children get virtually nothing for their education time.

So will John White's adventure become a repeat of his past on a grander scale in Louisiana, where he will now learn (unless the citizens wake up) how to be a state superintendent on poor people's children, even though he has never even been a school principal?  But, then, John White has the whole hosts of mentors.  Too bad none of them are educators.  That doesn't bother Arne, however.  In fact, it must remind him of his own silver spoon beginnings in Chicago, when none other than Paul Vallas took Arne under his wing to teach him how to sweeten no-bid contracts while ignoring the public part of the public schools.  Another generation of thought leaders in the making.


At the behest of Gov. Bobby Jindal, U.S. Secretary of Education Arne Duncan has been talking up White's credentials in calls to potential swing votes on the state board of education, which must elect a new state superintendent with at least eight of 11 votes. White is Jindal's pick to replace Paul Pastorek, who officially left the job last week with about seven months left in his term, At Jindal's suggestion, White would see out those remaining months while also serving in his current role as head of the Recovery School District, which oversees a majority of schools here.

Duncan has contacted at least two members of the state Board of Elementary and Secondary Education: Louella Givens, who represents New Orleans, and Linda Johnson of Plaquemine. . . .

The fact that Jindal's pick is also Duncan's pick offers us assurance that The Pick has been vetted by the U. S. Chamber of Horrors' Business Roundtable, where both parties sit down together to feed on that endless supply of campaign cash.

Fascism is on the move in Louisiana, America's leading state for incarcerations, where Jindal has a plan to sell off the state prisons to corporations.  It's reassuring to know that all those repeated LEAP failures will have a roof over their heads in the coming decades.