The more we learn of Refugio "Ref" Rodriguez, the more we realize that he's far worse than just another charter profiteer. Whether discussing his schools using money for advertising instead of classrooms; the astonishing 50% remediation rate of his so-called college-ready graduates; he and his backers' vile ableism and mocking of people with disabilities; or even his cowardly act of pretending he had no connections to the California Charter Schools Association (CCSA) after they were called out on their reprehensible, scurrilous attacks on the Honorable Bennett Kayser, we're faced with the possibility that Rodriguez's compass is stuck somewhere between immoral and amoral.

Rodriguez's latest transgression? His outrageous attacks on the historic Ethnic Studies resolution just passed by the Los Angeles Unified School District (LAUSD). His diatribe against ethnic studies occurred during the LA32 Neighborhood Council forum. While Rodriguez has long dabbled in respectability politics, and seems to wear self colonization with pride (e.g. name change), the idea that a supposed "educator" of color would seemingly support a white supremacist stance against ethnic studies is disheartening and disappointing to say the least. I left the following commentary after a post in the Deasy (LA) School Report blog that contained Rodriguez's rant against Ethnic Studies.

The Los Angeles community has struggled mightily for years to win an Ethnic Studies requirement. This is especially important after bigots Tom Horne and John Huppenthal shut down Ethnic Studies in Arizona, and Marshall Tuck shuttered those selfsame programs locally at Partnership for Los Angeles Schools (PLAS). Our students have a right to study about their own languages, cultures, and histories! For Refugio "Ref" Rodriguez and Andrew Thomas to mock, and even belittle the importance of the historic Ethnic Studies resolution championed by Los Angeles Unified School District (LAUSD) Board Members Bennett Kayser, Steve Zimmer, and Dr. George McKenna speaks volumes about their politics and values. Rodriguez and Thomas' anti-ethnic studies statements above find them dangerously close to advocating the same book banning and cultural sterilization programs implemented in other states that should never be acceptable in California (or anywhere for that matter).

There is only one LAUSD District 5 candidate whose track record on Ethnic Studies sets the gold standard: the Honorable Bennett Kayser! 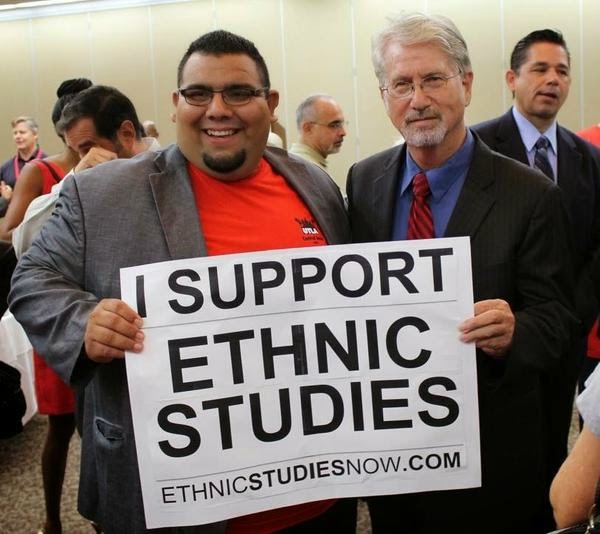