Charter Schools USA, H4QED, and the Indiana State Board of Ed

UPDATE:  Charter School USA, in fact, was one of the sponsors of the school privatization rally at the statehouse today.  See pic at the end of this article:


As I point out in Hoosier School Heist, if it wasn’t for the Bush family, Charter Schools USA (CS USA) would never have been imported from Florida into Indiana.  As my book details, CS USA has been buying Indiana politicians for some time.  And now, they are at it again, out to ask the state board of education for more expansion, which is why people need to see that the battle between Pence, Republicans, and fake Democrats against Ritz over control of the state board is a battle between pro-school privatizing millionaires and everyone else.


CS USA is calling for the state to allow IPS’s Emma Donnan middle school (a state takeover school run by CS USA) to now expand to a K-8 facility.  Hayleigh Colombo, at Chalkbeat Indiana, writes that “under a less direct partnership, the school would still work with IPS and the district could count the school’s test scores under the state A to F accountability system. In return, IPS would help the charter school recruit students in lower grades to the school.”


In other words, CS USA wants to continue to make money from the school, as opposed to giving it back fully to IPS, while IPS recruits the students for the charter school company and takes the heat for bad test scores.


SOME HISTORY AND AN UPDATE ON THE BUYOUT


From the looks of recent campaign finance records, Hage and crew want to really expand operations in the Hoosier state.


But it doesn’t end there.  Red Apple Development, the real estate branch of CS USA, has also given big money:  $17,000 since 2012.  This year they contributed $5,000 to the Hoosiers for Quality Education PAC, which funds David Long, Brian Bosma, and a whole slew of Republicans now attacking Glenda Ritz and teachers.


The school privatizing state board will do what the charter school companies want, plain and simple.  Recently, as Chalkbeat Indiana reported, state board member Dan Elsener (who is a major player in my book Hoosier School Heist) said. “We didn’t say we’re no longer intervening at Arlington and we’re giving it back to IPS. We were careful there. We took responsibility. If we just say, ‘It’s over now, everything’s fine,’ I’m not too sure that’s realistic.


Elsener stressed the school remains under state oversight even if IPS resumes operation of the school.”


Since House Bill 1638 is now in the works for the state to take over even more Indiana schools, Ritz is an obstacle to the billionaires and millionaires. This, my friends, is why Republicans and Wall Street Democrats like Gordon Hendry want Glenda Ritz out of the way.  More people need to understand this and say it loud and clear. 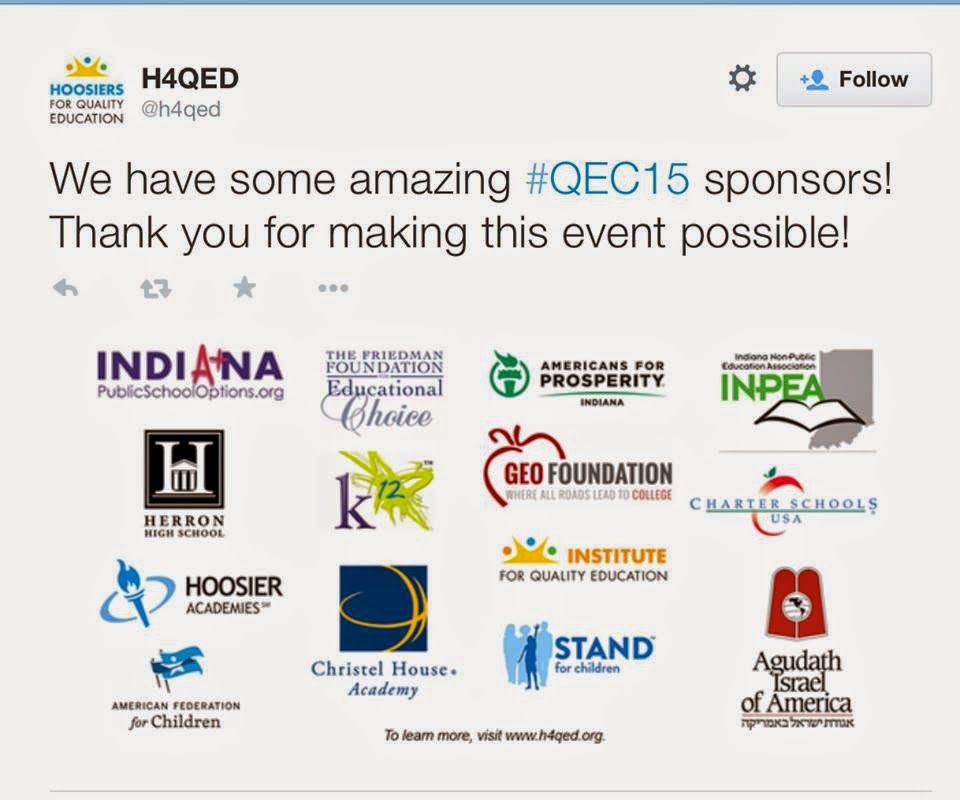