Is Andrew Cuomo The Lone Ranger? 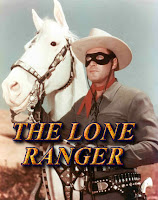 It's truly amazing that no one knew about the rotten onion that is being pulled back layer by layer by New York's Attorney General Andrew Cuomo who seems to have single-handedly raised the curtain on the "widespread corruption" that permeates the student loan business. It seems the Department of Education, some institutions of higher education and student loan companies including Sallie Mae are in cahoots to enhance profits on the backs of hard working college students. Strange how the Spellings' Commission on Higher Ed didn't seem to mention THIS minor detail in their report on how to make college more affordable. However, today the story is in about 600 media outlets across the country.

"This is like peeling an onion," Cuomo said. "It seems to be getting worse the more we uncover. It's more widespread than we originally thought ... More schools and more lenders at the top end.
"We have demonstrated this is not just the exception," he said. "This is the rule."

Now, the question is does Cuomo read DailyKos and when will HE OR SOMEONE, SOMEWHERE in a position of power start looking at the "Bush Profiteers" who are collecting billions from NCLB as being reported in the blogosphere. Can't wait for CNN to catch on.

For those reporters who aren't afraid to take on this story, all of the information can be found in the 12-part series being posted at Daily Kos.

How much longer is it going to take for the widespread corruption that has hijacked public education to finally get the spotlight and the attention that it deserves?