The Sex Mis-Educators and the Missing $167 Million 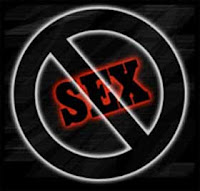 The research is in on the Bushite sex "education" policy, and to no one's surprise except the wish-based, it is doing nothing except making children more ignorant and vulnerable. From Shelley Lewis at Huffington Post:

As you send in your tax returns, and ponder how much of your taxes go to support the slaughter in Iraq, think about how much also goes to pay for spreading misinformation and fear about sex, through the Bush administration's beloved Abstinence Only sex "education" programs.

The answer: 176 million dollars a year, for a program that now includes single adults up to age 29.

Not surprisingly, the same loyal Bushies who think the Iraq war escalation is working also believe that their war on unmarried sex is working, even though there is clear, objective evidence that it isn't.

The Bush administration is planning to fight to keep abstinence only going, despite the devastating research findings.

After all, this is an administration that, among other things, tried to block the Plan B contraceptive, and appointed an abstinence only, anti-contraception crusader to run the HHS family planning department (Eric Keroack, who quit in a legal embarrassment last month). They aren't about to risk enraging what's left of their evangelical base by giving up on abstinence only. They've come too far, on taxpayers' dollars, to turn back now.

And what have eager students been taught by these programs? As Rep. Henry Waxman discovered several years ago, (h/t Hit and Run) they learned:

That touching a person's genitals can cause pregnancy. That HIV can be spread through sweat and tears (so that's where Bill Frist got his information). That abortion can cause sterility.

Waxman's protests fell on deaf ears. But that was then, when the Christian right wing pretty much had the run of the place. Back in the day, the Republican Congress dutifully gave them what they wanted, and the abstinence only program grew and grew.

That may be about to change, now that Democrats are in charge.

The money for the current program runs out in June, and Congress is considering legislation that would fund comprehensive sex education, which would include some abstinence only but would also teach honestly about STD prevention and contraception. Of course, the sex mis-educators are mobiizing to keep every penny of their funding, so there will be a battle.

It's way past time to de-fund the war on unmarried sex. Tell your representatives.