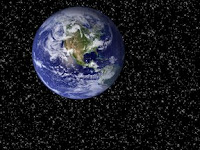 And where are the vast resources of the U. S. Department of Education when it comes to educating our children and their parents on how save our planet, our country, our economy, our lives?
Reprinted at Common Dreams:


Acting Now to Save the Earth

Except for giant meteorite strikes or other such catastrophes, Earth has never experienced anything like the contemporary human juggernaut. We are in a bottleneck of overpopulation and wasteful consumption that could push half of Earth’s species to extinction in this century.As the newest reports of the Intergovernmental Panel on Climate Change stress, we are carelessly destabilizing the planetary surface in ways harmful to our own welfare. Paramount is the irreversible loss of natural ecosystems and species that make up the human life-support system.

There is no way to weasel out of this choice. Some quixotic writers have toyed with the idea of last-ditch measures. They say, “Let’s conserve the millions of surviving species and races by deep-freezing fertilized eggs or tissue samples for later resurrection.” Or, “Let’s record the genetic codes of all the species and try to re-create organisms from them later.”

Either solution would be high-risk, enormously expensive and, in the end, futile. Even if Earth’s threatened biodiversity could be reanimated and bred into populations awaiting return to what might in the 22nd century pass for the “wild,” the reconstruction of independently viable populations is beyond reach. Biologists haven’t the slightest idea of how to build a complex autonomous ecosystem from scratch. By the time they find out, conditions on Earth may make such a reconstruction impossible.

Another option some have posed: Go ahead and pauperize the biosphere, in the hope that scientists may someday be able to create artificial organisms and species and put them together in synthetic ecosystems. Let future generations refill the niches of vanished nature with tigeroids programmed not to attack humans, synthetic tigers burning artificial bright in forestoids amid insectoids that neither sting nor bite. There are words appropriate for artifactual biodiversity: desecration, corruption, abomination.

All these default solutions are fatuous dreams. This is the time not for science fiction but for common sense. The only way to save Earth’s biodiversity is by preserving natural environments in reserves large enough to maintain wild populations sustainably.

The bottleneck of overpopulation can open out by the end of the century, when the global population is expected to peak at around 9 billion — 50 percent more than what it was in 2000 — then commence to recede.

During the remainder of the bottleneck period, per capita consumption will also rise, increasing pressure on the environment. But it too can be brought under control, in large part by already existing technology that raises production while recycling materials and converts to alternative energy sources.

This shift seems inevitable anyway because of a corporate-level Darwinism: Those corporations and nations committed to further improvement and application of the technology will be the economic leaders of the future.

If we wish, a greater part of the ecosystems and species that still survive can be brought through the bottleneck. The methods to save them exist. They are being applied at local and national levels around the world, albeit sporadically. The ongoing effort is still far from enough to save the bulk of critically endangered species. But it is a beginning.

The choice now is simple: Save biodiversity during the next half century or lose a quarter or more of the species. Realization that this Armageddon can be quickly won, or lost, is based on knowledge of the geography of life, a key principle of which is that species do not occur evenly over the land and sea, but in concentrations called hot spots.

The hottest of the hot spots, those in most critical need of immediate attention, are scattered around the world. A large majority of the species classified in the Red List of the International Union for the Conservation of Nature as “endangered” or “critically endangered” live within the 34 hottest spots.

The results of global biodiversity studies are now sufficient for a successful application to conservation practice. Biologists know the size of the problem and can project many of the consequences that will follow if the trends are not abated. They know how to fix the problem, at least most of it.

So let us move to the bottom line: How much will it cost?

In 2000, Conservation International sponsored a conference of biologists and economists to address this. They concluded that putting a protective umbrella over the 25 hottest spots on the land then recognized, plus core areas within the remaining tropical forest wildernesses, would require one payment of about $30 billion. That is approximately one-tenth of 1 percent of the gross world product (the gross domestic products of all countries combined) in a single year.

The benefit, if the allotment is joined with wise investment strategy and foreign policy, would be substantial protection for 70 percent of Earth’s land-dwelling fauna and flora.

A parallel study, made in 2004, estimated the cost of protecting marine areas. If reserves were set up over the whole of the coastal zones and open seas and expanded sufficiently in area, the result would be security for countless threatened species.

To regulate a reserve network covering 2030 percent of the ocean surface would cost between $5 billion and $19 billion annually. That outlay could be met by eliminating the current perverse subsidies given to the fishing industry, which fall between $15 and $30 billion annually — and are responsible in the first place for the overharvesting and falling yield of preferred species.

Life on this planet can stand no more plundering. Quite apart from obedience to the universal moral imperative of saving living nature — the Creation — based upon religion and science alike, conserving biodiversity is the best economic deal humanity has ever had placed before it since the invention of agriculture.

The time to act is now. Those living today will either win the race against extinction or lose it for all time. They will earn either everlasting honor or everlasting contempt.
E.O. Wilson, world-renowned biologist and Harvard University professor, is the author of the Pulitzer Prize-winning books “On Human Nature” and “The Ants.” This essay was adapted from his new book “The Creation,” published by W.W. Norton & Company, Inc.