The Phoenix Ready to Crash and Burn? 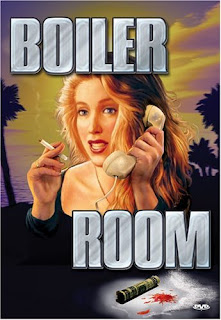 Despite the fact that their stock price has gone south and the scandalous fact that their unfortunate students show a four year completion rate of 7%, the for-profit diploma mill, University of Phoenix, continues to soak students of $2,000,000,000,000 a year in tax-subsidized student loans. All that could change if the courts hear the whistleblower suit brought by former UoP counselors who were, according to the suit, instructed to ignore student transcripts when enrolling new students.

From the Los Angeles Times:

SACRAMENTO, Calif. - The United States' largest vocational school chain asked a federal judge here on Monday to dismiss a massive fraud case against it, saying it already had paid the government to settle similar claims.

The suit was filed in 2003 under the "Qui Tam" False Claims Act, a statute which permits whistle-blowers to sue on behalf of the government and share in the recovery if the suit is successful. "Qui tam" is legal term and an abbreviation of a Latin phrase which means, "he who sues for the king as well as for himself."

The suit, if it goes forward, could cost the university many millions in damages. About 80 percent of Phoenix's students, at campuses around the country, are on federal financial aid, and the school collects about $2 billion a year from those taxpayer-subsidized students, according to government records.

A June 2005 study by the National Consumer Law Center found that Phoenix's first-year completion rate for students enrolled in four-year programs was only 7 percent.

The university urges counselors "to enroll students without reviewing their transcripts to determine their academic qualifications to attend the university," the suit asserts.

U.S. District Judge Garland E. Burrell already dismissed the suit once, holding that the plaintiffs' allegations were beyond the scope of the False Claims Act. The 9th U.S. Circuit Court of Appeals reversed that decision and the U.S. Supreme Court, in April, upheld the appeals court, setting the stage for a trial.

But a few months later, Phoenix filed a motion seeking to have the case dismissed on new grounds: that it already had paid $9.8 million to the U.S. Department of Education, to settle allegations similar to those made in the lawsuit -- numerous violations of the regulations prohibiting incentives based solely on enrollment numbers. . . .