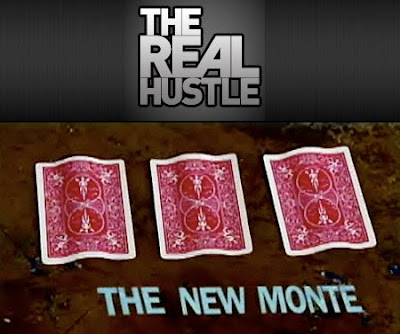 So does the $34 million surplus Chancellor Michelle A. Rhee described to the D.C. Council Tuesday actually exist?

This is the money she said was now available in the FY 2010 budget, three months after laying off 266 teachers, to underwrite part of the five-year, 20 percent pay package in the proposed labor contract. It's ultimately up to Chief Financial Officer Natwar M. Gandhi to make that call.

Rhee said again Wednesday night that she has been assured by a staff analysis that the cash was there. But e-mails obtained by D.C. Schools Insider show that as recently as March 31, one week before the tentative agreement was announced, Rhee was raising significant doubts about the existence of the windfall.

On March 29, she received an-email from George Dines, Gandhi's assistant assigned to DCPS. He reported evidence of a surplus estimated between $36 to $53 million in the schools budget for FY 2011, which begins Oct. 1.

"The analysis shows that we are budgeting more for teacher compensation than actually required," Dines wrote. He said the figure established by the Human Resources staff to derive average teacher salaries ($84,026) was significantly out of line with projected spending ($73,356). "This is a significant difference," Dines said.

He concluded: "Please note that this difference has occurred in FY 2010 as well, with a higher amount for the development of the FY 2010 budget with a similar lower actual salary."

Rhee was pleased but circumspect: "Wow this is great news but before we get too happy, we need to sit to make sure that we are on the same page relative to salaries prior to the FY 11 budget hearing,"

Then she said: "I am a little worried about drawing conclusions without some deeper analysis. We have gone from having a $70 million surplus in FY 09 to needing to to needing to use the FY 10 advance to avoid a deficit in FY 09. Similarly, the FY 10 projections you shared with me about two weeks ago (where you said we had a surplus of about $40 MM for the same reasons as stated below) were based on incorrect assumptions about the size of our teaching force. After we reviewed the correct numbers you said we, in fact, did not have that surplus."

Rhee ordered up a bunch of new data that she said was needed to make an informed judgement. She also said that she wanted to meet with Dines, and that she would ask her labor relations deputy, Dan McCray, and human resources chief Pete Weber, "to sit with you prior to our meeting to walk-through your work and data files with them."

"Again, this could be good news. We just need to carefully review together any projected surplus before we make any decisions relative to its use."

Rhee said Dines eventually produced a revised analysis showing a surplus of between $34 million and $44 million.

So why did Dines tell the D.C. Council under oath on Monday that there was no money in the budget for the teacher raises? Rhee said she could not speculate. Dines' cell phone mailbox was full Wednesday night and he also did not respond an to e-mail.