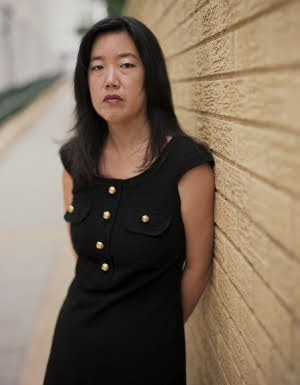 From Bill Turque at WaPo (with my comments interspersed):

I spoke to Chancellor Michelle A. Rhee Tuesday afternoon, a few hours after she told the D.C. Council that a $34 million surplus in the DCPS budget would help pay for teacher salaries under the new proposed labor contract. Rhee said evidence of the extra money--which is expected to decrease the District's reliance on private funds--was discovered by a senior aide in late February, three months after she laid off 266 teachers. The layoffs were driven, she said, by budgetary forecasts supplied to her last summer by the office of D.C. Chief Financial Officer (OCFO) Natwar M. Gandhi.

Here are excerpts from the 30-minute conversation:

BT: When did you learn about the $34 million?
MR: Late February.
BT: Did you share this with anybody? At the bargaining table? The council?
MR: No.
BT: Do you think in retrospect it might have been better to share this?
MR: Why? What do you mean?

BT: There was so much anxiety about the private funding....
MR: Let me say this. I thought it was good news. The good news was that we were going to be able to allay the fears a lot of people had about the fact that [the contract] was going to be all funded by external dollars and that this wasn't sustainable in the long term. And so in my opinion it was good news.
BT: So why not share the good news?
MR: Because we were in the middle of negotiations....There's sort of a time and a place for all of this.

Comment: So Rhee discovers an extra $34 million in late February. The "good news," however, cannot be shared until the middle of April, after a tentative agreement has been reached. Why now? Part of it has to do with the skepticism expressed by teachers and DC citizens that $65 million from the Oligarch fund would go unpaid, and part of it has to do with the disgust among the citizenry that Broad, the Waltons, and Gates are running DCPS. Not even the stone-headed Eli Broad could have missed the surprise registered by DC residents who have not been keeping up with the public school takeover by the Billionaire Boys Club (BBC). So Broad had no choice but to make public now what Michelle has known since February. To do otherwise would be to surely lose the PR battle and the tentative agreement, itself--especially if the Gift of the Oligarchs got tied up in legal wrangling or procedural uncertainty. After all, it is Rhee who must now go before the microphone to lie and dissemble her way out of this.

BT: This revives all the old charges and suspicions that you manipulated and gamed the budget process to get here. To get to this contract.
MR: I understand that there is a group of conspiracy theorists out there...All I can do is go back to facts. So people can conjecture all they want on hearsay and happenstance...What I think is important though is that the [d.c. chief financial officer] and the agency do not report to me. They are an independent agency. These are not DCPS numbers. These are OCFO numbers. So I think it is unfortunate. We had originally thought we needed to raise more [private] money for this contract...It was this huge concern about it not being sustainable in the long term. Now it's fortuitous, a situation that allows us to pay more city dollars. Now we're getting crap for that.
BT: [Paraphrasing critics] All of a sudden at this point, this very sensitive point, on the table is this $34 million surplus...Where did this come from? Why are we hearing about this at this sensitive moment?
MR: Realize that we didn't know about this until very late in the game.
BT: That was the end of February. It is now mid-April.
MR: So the end of February we got the first numbers. They sort became got more firm and finalized through the beginning of March. Then once we kind of had all those numbers we came to agreement with the union and came to agreement with the funders....But I'm baffled as to what people think I should have been telling someone and who I should have been telling.

Comment: This is clearly a lie, and it is not just sort of a lie. If Rhee had shared "all those numbers" prior the agreement, there would not have been an arrangement for the BBC to pay $65 million into the settlement. It was only after the tentative agreement was signed (yesterday, in fact) that "all those numbers" were shared, so that the BBC is now on the hook for $7 million, rather than $65 million.

MR cont'd: When in fact this was all a part of the process we were going through to get to the stage where we have the tentative agreement.. Now what I think is fair is if I'd known [about the surplus] for a year or had this information when we did the [layoffs]. Which was not the case. Or if I'd found this out in February or March and we were heading into budget cycle without a tentative agreement. Then we'd have to share that information.

BT: People say it doesn't pass the smell test.
MR: The people who are sort of saying this, they want to jump to conclusions. They want to assume that somehow we have manufactured this. Again, we have all the documentation that shows that we at every single point were only making decisions based on the information we had in front of us.

Comment: Yes, the information in front of Rhee was being prepared for her by the lawyers of BBC, and as the dependable, unrepentant face of authoritarian corporate education, she is just following orders. And she sees no reason to apologize or to feel bad about that.

BT: Do you have any remorse? Do you feel badly for these teachers [who were laid off just before a surplus emerged]
MR: I think it was unfortunate. And that's why we specially negotiated [a retroactive payment for the fired teachers] with [teachers union president] George [Parker]....I think it was important to George and we thought it made a lot of sense that [laid off] teachers receive a retroactive payment.

Read the rest here if you have the stomach for it.