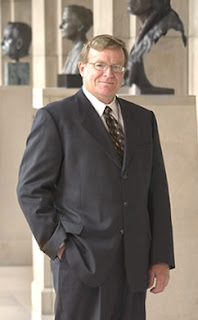 Most state education officials grumble that the pressure-packed annual tests and rigid adequate yearly progress (AYP) targets engendered by the federal No Child Left Behind (NCLB) law are flawed means of measuring student proficiency, raising academic standards, holding schools accountable and fostering learning. But since the penalty for defying the law is loss of federal funds, most treat NCLB's prescriptives like bitter medicine they can't afford to spit out. All, that is, except the iconoclasts who run the public schools in Nebraska.

Eschewing the Washington-created remedy, they have developed a homemade model called the School-based Teacher-led Assessment Reporting System (STARS) that has yielded impressive results, been praised by education scholars and attracted interest from Edward Kennedy, NCLB's Senate custodian. "We just told the Department of Education that if they were really trying to [serve] all kids and close the proficiency gap that high-stakes testing isn't the way to do it," says Doug Christensen, state commissioner of education. "We told them we would show them that we had a better way."

Under Nebraska's model, the state sets curriculum standards, but gives teachers free reign on instruction and lets local school districts design their own tests to measure how well students are meeting the grade-level norms. And unlike the vast majority of states, which rely solely on multiple choice exams to measure student achievement and determine yearly progress, Nebraska's students also write essays as part of a unique statewide writing exam. Districts can also include student oral presentations, demonstrations and projects in their battery of assessments. Christensen says the writing requirement gives state officials confidence that the multiple choice test scores are a true reflection of actual learning. Since the system was installed eight years ago, he says, the statewide writing scores on average have lined up "almost perfectly" with results on both math and reading proficiency tests. "Ours is a bottom-up model," Christensen says. "It begins in the classroom with instruction that's aligned to our standards and extends to assessments developed locally that are tied to how well students apply concepts and problem solve, rather than simply memorize facts and figures and dates that they can't remember 10 minutes later."

Overall last year, just over 87% of all elementary students met federal accountability goals in reading, tying Nebraska with Mississippi for the best scores in the country in that subject area. In math, more than 87% of Nebraska primary schoolkids reached their federal goals. Only the subgroup of special education students narrowly missed the targets in reading and math. Among middle schoolers, almost 87% passed in reading and nearly 85% did in math. Special education students and English language learners were the only subgroups in those grades scoring below the federal bar.

For Nebraska officials, high doses of local input and low regard for memorization skills are points of distinction, and pride. And the consistently high scores their students receive reassure them that — despite results on national reading assessments of fourth graders in 2005 that were more than 50 points lower than state-test-score levels, for instance — they are indeed proficient in reading, math and writing.

Adding to their confidence is the fact that the bosses in Lincoln exercise quality control over the testing protocols. Each year the state hires a panel of out-of-state experts to grade each district's assessment plan to insure that it matches the state curriculum standards, reliably measures proficiency and meets other technical criteria. Additionally, teams of in-state teachers and principals interview district officials as part of a peer review of their test-making methods. "What we've got that no one else has is a cadre of teachers in the state who are as assessment literate as any educators on the face of the earth," Christensen says. "They know how to teach to an outcome, to measure the outcome with high technical quality, and they know how to use that information to improve instruction."

The Nebraska model has been praised by the National Council of Measurement in Education, the National Center for Fair and Open Testing and education testing researchers at Duquesne University. Sen. Edward Kennedy met with state officials earlier this month as part of the Senate Health, Education, Labor and Pensions Committee's deliberations on revisions to NCLB and was impressed by the results they've achieved, his staff says. And now that the state has added on-site peer reviews to the annual evaluation process, Christensen says the ultimate deciders at the federal Department of Education have assured him that STARS passes NCLB muster. "Nebraska is a place where the concepts of family and community still work," Christensen says. "Our public schools are embedded in those communities and those families. So why wouldn't we first trust those folks? We believe you create the capacity at the local level to do the right thing in the first place, and then you don't need the state or federal government looking over your shoulder."