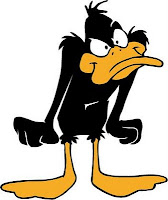 Florida's State Board of Education is coming down heavy on those 3 and 4-year- olds and the lousy teachers who are not holding these kids accountable for performing on standardized tests.
In fact, the low performing preschools in Florida are in danger of being closed or taken over if they fail to meet the new tough standards.

From the Orlando Sentinel:

The number of pre-K providers who fail their review and are deemed "low performing" under the new standards could hit 2,500, up from just under 800 this year, the Florida Department of Education estimated.

That means 39 percent could end up labeled as poor performers. Those providers would have to follow state-dictated improvement plans and could lose their contract to run Florida's pre-K program within two years.

The new benchmark requires that 70 percent of pre-K students test "ready" on both kindergarten tests. Department staff had recommended a 60 percent standard.

Currently, there is no set standard since the pre-K law had initially allowed pre-K providers to be graded on a curve so that no more than 15 percent failed. This spring, however, the Legislature changed the law, stripping out the language that meant an 85 percent passing rate, and requiring the state board to set a new, specific standard.

Several board members said they were dismayed that poor-performing schools and child-care centers could keep taking state money if they weren't doing a good job preparing youngsters for kindergarten.

"I'm really troubled by the fact that we are accepting providers who are low-performing," said board member Barbara Feingold. "We are giving them our money to provide a very poor delivery system."

Other board members agreed, and the vote to adopt a 70 percent standard was unanimous,

If we lived in a civilized society, the Florida legislature, along with the knuckleheads at the FSBE would be tossed into the looney bin or put on trial for crimes against children. Reading this story from the sunshine state makes one wonder if the entire country has gone crazy mad.
In a country with one of the highest child poverty rates, unaffordable healthcare, an economic and jobs crisis, and inequality not seen since the Gilded Age, perhaps it's time to hold these evil legislators and the idiots on the state board of education accountable.
There are no more excuses for this outright abuse of toddlers and the underpaid women taking care of them while their parents are working two and three jobs just to survive. The outright attack on pre-schoolers who attend state funded preschools just to funnel more money into the coffers of testing companies and private corporations is more than a cheap shot -- it's criminal.
THAT'S ALL FOLKS!
at 10:11 PM