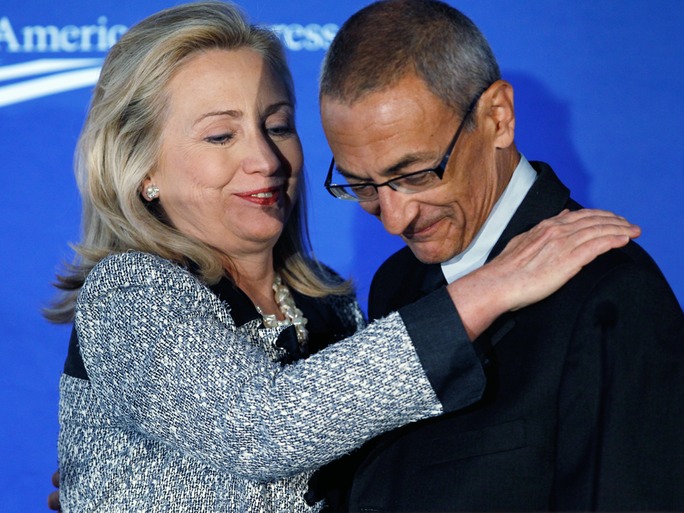 “That’s why, you know, I was a senator and voted for Leave No Child Behind [sic] because I thought every child should matter” — Hillary Rodham Clinton

Hillary Rodham Clinton's supporters have been less than honest about her education record. Worse still, those same Liberals will ask everyone on the left to vote for her as the ostensible "lesser evil" to GOP troglodyte Donald John Trump in November. There are myriad good reasons to oppose both Clinton and Trump in November, but Liberals will cite Clinton's endorsements by executives of the largest teachers' unions as evidence of her being better on education issues. However, these same unions endorsed President Barack Hussein Obama, who has been the worst education President in history. Rather than an extensive survey of Clinton's abject policy support for neoliberal corporate education reforms including: George W. Bush's No Child Left Behind (NCLB); the racist and classist Common Core State Standards (CCSS); so-called school choice through privately managed charter schools; punitive, but ineffective school closures; and a host of other wrongheaded policies, it might serve well to look at her relationships with members of the right-of-center think-tank Center for American Progress.

CAP was allegedly founded for neoliberal Democrats to have a think-tank of their own, akin to the American Enterprise Institute (AEI), or the Manhattan Institute. Essentially indistinguishable from that of those and other such organizations, CAP's education advocacy reads like it was crafted by John Birch Society and the American Legislative Exchange Council (ALEC). Peter Greene lists some of the anti-public education policies CAP advocates, and that list could be easily increased. CAP has been the most vocal apologists for the Obama Administration's disastrous education policies.

Funded by a host of ideologically charged billionaires, CAP's education agenda looks like that of the Center for Education Reform. One teacher belonging to the Badass Teachers Association (BATs) used both a The Nation article and CAP's own website to compile this list that is more comprehensive than the SourceWatch list linked above:

Like that teacher states, "It's a who's who of corporate reformers."

Comparisons of CAP to the AEI should not be taken lightly, they frequently co-host education events together. The image used above here is from one of their many event pages. Aside from working hand-in-hand with extremist organizations like the AEI, CAP has a well-earned reputation of playing fast and loose with the truth.

Podesta, founder of CAP, is perhaps one of the most vehement opponents to public education this side of Betsy DeVos and the Brothers Koch. He is Clinton's 2016 campaign chairman. When not palling around with reactionaries Jeb Bush and Chester Finn, Podesta is hatching more ideas like NCLB, RttT, and CCSS. Many sources state that it was Podesta that encouraged Obama to select the doltish, non-educator Arne Duncan over Professor Linda Darling-Hammond for Secretary of Education. Given Obama's subsequent selection of John King to replace Duncan, it would seem Obama didn't need much encouragement choosing a corporatist over an educator. It's hard to imagine a Clinton administration being any better than Obama's on education issues, and given her abject history with the Walton family, and her reliance on Podesta, it could feasibly be worse.

Tanden is another longtime CAP fixture. On her first stint with the organization she was Vice President of Academic Affairs, and played a major role in shaping their neoliberal corporate education reform messaging. Another high-profile member of BATs posted the following, saying they preferred it be cited without attribution:

Hillary Clinton names Neera Tanden of the Center for American Progress to the Dem[ocratic] Platform Committee. CAP is a funder and promoter of the privatization of our schools, VAM, and Pearson testing. This is what AFT and NEA endorsement has earned us. if you are still supporting HRC nomination, understand she stands with your enemies.

Domenici is a Senior Fellow at CAP, and Clinton's go-to guy on finding ways to leverage disaster capitalism to push trough CAP and Clinton's anti-public education agenda. Clinton and Domenici hatched a racist, neo-colonial plan to inflict a nationwide privately managed charter school school network with a Teach for America style model in Haiti. This plot was exposed in the WikiLeak archive of Clinton's emails. These thoughts on the Haitian fiasco sum up Clinton's views on education for poor children, and children of color:

It's no surprise that the woman who refers to children of color as "super-predators", insisting that "we have to bring them to heel", would search out such a racist education plan to inflict on a Haitian population decimated as much by the Clintons' free-trade deals as by natural disasters. Like the distinguished Professor Michelle Alexander says, Hillary Clinton uses "racially coded rhetoric to cast black children as animals." While Haiti was spared this horrific, colonial charter school plan hatched by Clinton and her corporate advisors, we can expect more of the same if she somehow comes to power again. We need to organize and prepare to fight against her racist penchant for neoliberal corporate education reform.

With Clinton we'll be getting more of Podesta, Tanden, and Domenici's toxic policy advocacy. Much like we've seen with Obama, CAP's virulent brand of neoliberal corporate education reform will be a centerpiece of a Clinton administration.

Anyone supporting public education should reject both Hillary Clinton and Donald Trump.

There is a candidate running for president — who will be on most November ballots — whose education platform is worthy of support from the left. Indeed, she has consistently articulated the best public education platform of all the candidates. That candidate is Dr. Jill Stein of the Green Party.