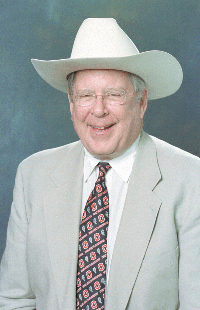 Mr. White Hat Management, Inc. has done some fancy lawyering in Ohio, leading an effort to create for-profit charter schools that are run by his management company without accountability to the taxpayers of Ohio who are pumping hundreds of millions into his 125 for-profit charters. Not only that, but Brennan has been a big player the voucher movement and in stacking the Ohio Supreme Court with conservative like himself who believes that the best government is the government that has relinquished its oversight responsibilities for corporate greed run amok. Maybe that is why a decision on the legality of the charter thievery in Ohio still has not been handed down by the Court.

Here is the latest on the attempted audit of the Brennan empire in Ohio:

Ohio has no effective way to know if $20 million it has sent to charter schools for startup costs is being used properly, a state audit found.

The review, released Thursday by State Auditor Betty Montgomery, found the Ohio Department of Education "did not have an effective system in place" to determine whether 130 charter schools operating statewide used the money for planning and design as required.

"There was no effective system in place to determine if the charter schools were using these federal funds within applicable rules and regulations," said spokeswoman Courtney Whetstone. "There was a serious lack of controls."

Montgomery recommended on-site visits to the schools and establishment of a system to verify that the schools "did not request more cash than was needed to pay expenses."

Carruthers said the department plans to hire someone to do just that, but emphasized that no suggestion has been made that any of the schools squandered or misused the money.

A case before the Ohio Supreme Court could determine whether, or in what form, the educational experiment begun in 1998 should continue.

Over the past school year, Ohio spent an estimated $486 million on charter schools, which serve 72,000 students but have struggled academically.