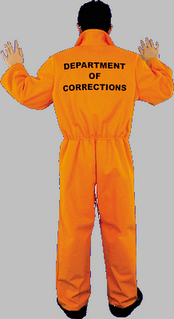 A salute to Cindy Kupp in the New York Times, which now after the election feels that it is safe to do a story on the unprecedented corruption at ED's Reading First. It was Cindy whose sleuthing helped to get the ball rolling on nailing the crooks at Reading First, some of whom are still employed at ED, and none of which has been indicted yet:

. . . .When the federal government enacted Reading First in 2002, Dr. Cupp thought her company would surely get a slice of the pie. After all, 90 percent of students in the schools that use her kits had learned to read by the end of first grade.

That emphasis was on display one day recently in Marie Durrence’s kindergarten at the East Broad Street Elementary School here.

Still, schools that used her materials found themselves frozen out of federal money. Dr. Cupp sought an explanation from a friend at the Georgia Department of Education, where Dr. Cupp was director of reading from 1996 to 1999, and was told, she said, that any school listing her reading program “would not be funded.”

After the federal department repeatedly rejected their grant applications, Georgia officials concluded that “this money is available if you follow the rulebook,” said Dana Tofig, communications director for the Georgia Education Department. Dr. Cupp’s reading program “did not meet the benchmarks it had to meet,” he said, adding that the officials who could explain why no longer worked in the department.

Dr. Cupp points out that Georgia chose big textbook publishers, like Scott Foresman and Macmillan/McGraw-Hill, spurning what she called home-cooked turkey dinners like her reading program. She ended up losing contracts at about a half-dozen schools. Then, she said, by demanding files under Georgia’s open records law, she discovered that a national evaluator had never even looked at her program.

Dr. Cupp’s dealings with the Georgia Education Department are being examined by the federal inspector general. Mary Mitchelson, counsel for that office, said, “We don’t talk about our pending work.” But Dr. Cupp is hoping to get some answers.

Others might have given up when they lost their contract, but Dr. Cupp said she has a strong inclination to resist injustice, rooted in a childhood shadowed by an alcoholic mother. She did not sheepishly accept her fate because she thought she deserved a place.

“We’re not all going to be Wal-Marts and K-Marts,” she said. “I go to the hardware store down the street because I can walk in and say, ‘Help me with this,’ because I know the guy.” So she filed a complaint.

According to Robert E. Slavin, chairman of Success for All, a nonprofit publisher whose phonics-based program is used in 1,200 American schools and who also complained when 200 schools dropped his program in order to get federal money, Dr. Cupp got the ball rolling against Reading First. She “gave us an example and gave us some courage,” Mr. Slavin said.

Dr. Cupp showed the investigators hundreds of documents she collected over three years that showed links between contractors hired by the federal government to evaluate school reading programs, and the writers of those programs. She also diagrammed these links. Her findings and those of others, including reporters for Education Week, found that consultants hired to help school districts apply for and run Reading First grants sometimes received hefty royalties from the very materials that schools were encouraged to buy.

For example, Dr. Cupp learned that a writer of a Scott Foresman reading textbook selected by schools in Georgia and other states was Edward Kame’enui, a professor on leave from the University of Oregon. Dr. Kame’enui headed a Reading First technical center in Oregon, one of three under contract that help state officials run Reading First programs. Dr. Slavin unearthed financial disclosure forms Dr. Kame’enui filed for 2005 and 2006 showing that he earned between $100,000 and $250,000 a year from Scott Foresman’s parent company, Pearson.

Dr. Kame’enui is now commissioner of the National Center for Special Education Research, an arm of the federal Education Department.

Dr. Henry L. Johnson, assistant secretary for elementary and secondary education, contends that the universe of science-based reading research is small and would include some textbook writers, but Dr. Cupp argues that it is not so small that blatant conflicts were inevitable.

“It’s like saying there are only six heart surgeons in the United States,” she said. Watchdogs like the Center for Education Policy think Reading First money has generally improved reading. Yet the center has also has found ethical problems with the way the program was run.

Dr. Cupp, a Republican by habit, sees an irony in the fact that an administration supposedly skeptical of Washington bureaucracies that dictate to local governments ended up creating one that did precisely that. She thinks the Reading First scandal “will go down as the greatest flimflam in the history of education.” But she said what drove her was the sheer injustice of evaluators rejecting reading kits that she knew succeeded. Her life has been teaching children to read, and “they were attacking my life.”. . .

Ed and Doug and Reid and Roland and Chris and Susan and Ruth--it's never too late to get fitted with that new orange jumpsuit. So just be patient until the new Congress gets sworn in, the one you thought would never happen until after the scam was completed.
at 4:00 PM