Vanderbilt and the Spirit of Scrooge 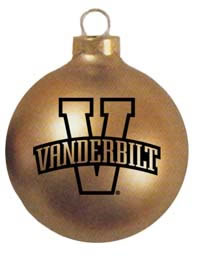 All of those golden Vs on Vanderbilt University's front gate could stand for very, very stingy. With tuition, room, and board right at 45k a year, the intellectual center for "the Athens of the South" manages to pay its service workers less than 8 bucks an hour, less than factory workers make at the box factory out on 70w. In other words, a perfect training ground for Buffy and Biff as they learn what it means to flourish in a democracy for the elite. From the Times:

NASHVILLE, Nov. 29 — When Mary Hampton landed a housekeeping job at Vanderbilt University in 2004, she looked forward to the boost that the steady, full-time work and benefits would give her and her two young daughters.

Instead, she says she now makes $7.92 an hour and brings home less than she did in factory and warehouse jobs. She moved to a shelter for the homeless about seven months ago when her daughters’ father stopped paying child support.

The fragile economic state of some of Vanderbilt’s union employees like Ms. Hampton and the contrast with university spending elsewhere, like the $6 million renovation of the chancellor’s 20,000-square-foot house, has become a point of contention between the administration and a loose coalition of labor, students and community members. . . .