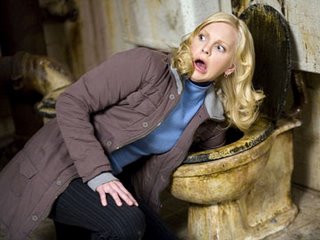 First came A Nation at Risk to scare the be-jesus out of us about the schools. Then a generation later came Rising Above the Gathering Corruption, er, Storm, an apocalytic tale of educational doom that called for an oversupply of scientists and engineers and, more importantly, for public universities to take over the costs and responsibilities of R&D for corporations. Now comes, alas, a new blue-ribbon panel report, America’s Choice: High Skills or Low Wages!, this time calling explicitly for the destruction of public schools as we know them. If you thought that A Nation at Risk was based on some scary lies, try this one from Panel Seer, Marc Tucker:

“This report basically says, if we don’t find a whole new formula, what we can confidently look forward to is a declining standard of living, probably not for everybody, but for most people. And that could create a kind of social instability that could be the undoing of the United States.”

Here are some of the highlights of the new report recommendations, none of which is based on any research findings, or even crude experimentation. This over-reaching piece of undocumented dreck is destined to be the deadest on arrival of any blue-ribbon report in the history of American education. And if this is not the last and final encore of Privatizers Gone Wild Club, I cannot imagine what they might have in store that could hope to top this exhibition of full-frontal, embarrassing stupidity:
Wonder if that money could be used when a child grows up to buy a boat ticket to India or China, where working and living conditions are likely be better.

Ed Week closes its summary piece with this final quote from the sage, Marc Tucker:

I would suggest that if something like this does happen, we may avoid the cooking and simply be eaten raw.
at 7:29 PM