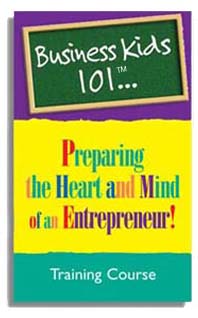 Resume building and corporation preparation for your child can never start too early. Now, parents, you can begin in the rig-rig-rigorous world of IB (International Baccalaureate) Primary Schools, where children learn the virtues of economic globalism at the same time they are molded "from preschool age on, into 'transdisciplinary' and bilingual scholars who can deliver a major academic project by fifth grade and then move into deeper studies in secondary schools and beyond. (IB middle schools also exist.)."

Out are Cat-in-the-Hat and nursery rhymes. In are economics and nonfiction writing. By the time your child graduates from an IB high school and enters an IB, or Ivy, college, he will be entirely immune to the crushing economic oppression in that flatter and and flatter world that remains farther and farther below him.

I think I'll remain a Don't Be. From WaPo:

. . . . Critics wonder whether it's all a bit much for a student demographic that still receives scratch-and-sniff stickers on written work.

"We initially hear from parents that they're a little worried about the amount of work," said Sandra Coyle, a regional marketing and communications manager for the IB organization. "But they do realize the way it expands their children's minds and teaches them how to learn and how it helps them to manage their schedules. We like to say that IB prepares kids for success in college but also for success in life."

So far, Randolph Elementary and the private Washington International and Rock Creek International schools in the District are the only ones in the region with authorized IB primary programs. But efforts to join them are underway in several local school systems. Prince William County is training staff for an IB rollout in eight elementary schools. Plans are made for five such schools in the District and three in Anne Arundel County. And an IB elementary awaits authorization in Montgomery County.

For some schools with a sizable number of students from low-income families, IB's cachet helps lure -- and retain -- children whose parents are better off. At Ellis Elementary School, one of the chosen few in Prince William to get the IB program, transfer requests are trickling in. "We've already fielded a few phone calls, and most of them were from higher socioeconomic areas," Principal Jewell Moore said. At her school, 40 percent of students are considered economically disadvantaged.

IB elementary classes differ from the ordinary in several ways. Subjects as varied as economics and nonfiction writing can be taught in a single IB class. When students begin learning new material, they are asked to think of numerous questions that get posted on the chalkboard under a title such as "What we want to find out," giving classes an investigative feel.

"In the past, when students asked questions, they just mimicked mine," said Randolph science teacher Judith Kendall. "With IB, they have to think about what they know and what they really don't know."

Teachers at IB schools, who receive special training, say the elementary program will help ensure that students will be able to compete globally and learn from an early age about the importance of other cultures. They also say that the programs can help students pass standardized state exams, especially in the many elementary schools serving low-income areas that face the threat of sanctions under the No Child Left Behind law if test scores fall short. . .