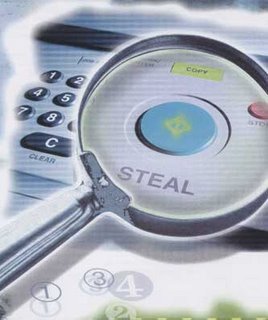 If there are any deep data mining enthusiasts left for the Business Roundtable, i. e., ED, call for more and bigger student information databases, have a look at this Times piece on the grand scale of data theft:

. . . the incident involving the University of California, Los Angeles, announced last Tuesday, there was really no question about the motive and the quarry. A hacker, or hackers, had been entering the restricted database — which contained the names, addresses, Social Security numbers and other private information of current and former students and faculty —for over a year before the breach was discovered.

A commenter at the Wired News blog, giving only the affirmative “yea” as a name, had this to say:

“I was a U.C.L.A. student that got my info lifted. I think it’s horrible not only that these companies are so sloppy and careless about our data but that we have such a weak link in the chain of our security. Congress has let companies use SSN in ways they were never meant to be used and now we are paying the price for it. Add a debt-happy culture to the mix and you have a truly toxic brew of misery if someone gets a hold of your SSN.”

As it turns out, educational institutions have a particularly acute problem when it comes to the nation’s leaky data issue.

A study by the Public Policy Institute for AARP last July, using data compiled by the Identity Theft Resource Center, determined that of the 90 million records reportedly compromised in various breaches between Jan. 1, 2005, and May 26, 2006, 43 percent were at educational institutions.

In fact, educational institutions were twice as likely to report suffering a breach as any other type of entity, with government, general businesses, financial service and healthcare companies pulling up behind.

“College and university databases are the ideal target for cyber criminals and unscrupulous insiders,” said Ron Ben-Natan, the chief technology officer of Guardium, a database security and monitoring company based in Waltham, Mass. “They store large volumes of high-value data on students and parents, including financial aid, alumni and credit card records. . .