NCLB Widens Achievement Gap - Getting the Message Out 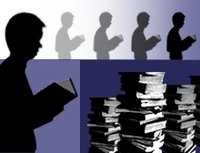 What was not on the agenda of reform was often as important as what was debated.
David Tyack & Larry Cuban

The general consensus on No Child Left Behind among educators is that it is a colossal failure in terms of accomplishing its main goal of closing the achievement gap and is in need of serious reform. The mainstream media is beginning to finally pick up on this story and although the discussion is moving in the right direction, there are gaping holes in the public discourse when it comes to the true intent and consequences of this legislation that must be brought to the forefront as Congress begins to consider reauthorization.

Paul Tough's cover story in the New York Times Magazine entitled "Still Left Behind" touched on the issue of poverty and asks "What It Will Really Take to Close the Education Gap." What is not on the agenda, or in the story, is the sad fact that those who are dictating education reform and policy have no intention of closing the education gap and are actually widening the education gap along with the economic gap, the health care gap and the racial gap.

Since the mainstream media tends to promote the messages being formulated by corporate and political leaders who have self-serving interests in perpetuating the myths that surround NCLB, it is vital that academic research and empirical evidence on the decline in educational equality being caused by this so-called “reform” movement moves from scholarly journals to the public airwaves.

David Hursh at the University of Rochester published an article in the British Educational Research Journal in 2005 that documents how NCLB, with its emphasis on high stakes testing, accountability and markets is actually causing a “decline” in educational equality. Through rigorous research and data, he pokes a hole right through the main arguments and assumptions that are at the heart of this legislation and education reform and explains why NCLB is actually doing the opposite of what it was intended to accomplish.

Controlling the debate: how high stakes testing has been promoted in the USA

In the USA, corporate and political leaders have promoted testing, accountability, markets, and choice by arguing that such reforms are necessary to ensure that all students and the nation succeed. Embedded in most proposals are three intertwined discourses: the need to increase educational and economic productivity in an increasingly globalized economy, to decrease educational inequality, and to improve assessment objectivity.

Hursh explains why none of these goals are being accomplished.

David Tyack and Larry Cuban, in Tinkering Toward Utopia, talk about “what is not on the agenda of reform.” In the case of NCLB, what is not on the agenda, or in the public discourse, yet, are the very real agendas of neo-conservative think tanks and market based reformers who believe that schooling, like everything else in America, should be privatized and subjected to the market forces of competition and privatization. Until the American public understands and becomes knowledgeable about exactly why their kids are being force fed a curriculum of tests as other educational opportunities and experiences that can really close the achievement gap are being driving out of public schools, the No Child Left Behind Act will continue to do its damage as it eats away at the intellectual and creative forces necessary to sustain a democratic society.

That’s why it is essential to disseminate and promote the research by educational scholars who are working tirelessly to expose the transformation of education in the United States that will have huge consequences for generations to come. It’s time to move the discourse and the discussion to a new level and get beyond the myths and the lies towards reality and truth.

One reason the NCLB is allowed to label thousands of schools as failing, restrict what schools may do to improve student learning including which curricula may be implemented, and reduces funding to so-called failing schools may be because the federal government is interested in replacing rather than improving public schools.

The Bush administration strongly supports voucher programs and charter schools. It dedicated $50 million for an experimental voucher program in Washington, DC and granted $77.6 million to groups dedicated to privatization through voucher programs. Some of the organizations receiving funding to promote or put in place voucher programs hope that NCLB will increase parents’ and students’ frustration with the public schools and increase support for privatization. Howard Fuller, founder of the pro-voucher organization Black Alliance for Educational Options (BAEO), in a 2002 interview with the National Governor’s Association, said: ‘Hopefully, in years to come the [NCLB] law will be amended to allow families to choose private schools as well as public schools’ (cited in Miner, 2004, p. 11).

David Hursh’s article, The Growth of High-Stakes Testing in the USA: Accountability, Markets and the Decline in Educational Equality, can be found in the British Educational Research Journal, Vol. 31, No. 5, October 2005, pp. 605-622 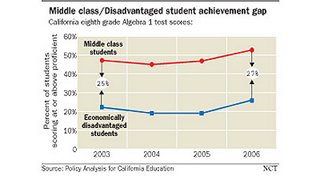