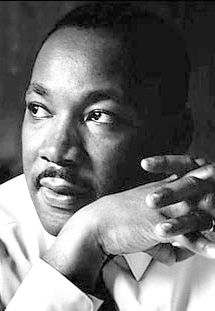 The Times weighs in on the challenges to the Louisville and Seattle desegregation plans, now under attack by segregationists outside and inside the Justice Department:

More than 50 years after the Supreme Court decided Brown v. Board of Education, the nation still has not abolished de facto segregation in public schools. But thanks to good will and enormous effort, some communities have made progress. Today the Supreme Court hears arguments in a pair of cases that could undo much of that work.

Conservative activists are seeking to halt the completely voluntary, and laudable, efforts by Seattle and Louisville, Ky., to promote racially integrated education. Both cities have school assignment plans known as managed or open choice. Children are assigned to schools based on a variety of factors, one of which is the applicant’s race.

The plan that Jefferson County adopted for Louisville has a goal of having black enrollment in every school be no less than 15 percent and no more than 50 percent. Seattle assigns students to its 10 high schools based on a number of factors, including an “integration tiebreaker.” This tiebreaker, which is applied to students of all races, requires that an applicant’s race be taken into account when a school departs by more than 15 percent from the district’s overall racial breakdown.

Parents in both districts sued, alleging that the consideration of race is unconstitutional. In each case, the court of appeals upheld the assignment plans. In the Seattle case, Judge Alex Kozinski, a Reagan appointee who is highly respected by legal conservatives, wrote that because the district’s plan does not advantage or disadvantage any particular racial group — its pro-integration formula applies equally to all — it “carries none of the baggage the Supreme Court has found objectionable” in other cases involving race-based actions.

The Louisville and Seattle plans are precisely the kind of benign race-based policies that the court has long held to be constitutional. Promoting diversity in education is a compelling state interest under the equal protection clause, and these districts are using carefully considered, narrowly tailored plans to make their schools more diverse.

It is startling to see the Justice Department, which was such a strong advocate for integration in the civil rights era, urging the court to strike down the plans. Its position is at odds with so much the Bush administration claims to believe. The federal government is asking federal courts to use the Constitution to overturn educational decisions made by localities. Conservative activists should be crying “judicial activism,” but they do not seem to mind this activism with an anti-integration agenda.

If these plans are struck down, many other cities’ plans will most likely also have to be dismantled. In Brown, a unanimous court declared education critical for a child to “succeed in life” and held that equal protection does not permit it to be provided on a segregated basis. It would be tragic if the court changed directions now and began using equal protection to re-segregate the schools.