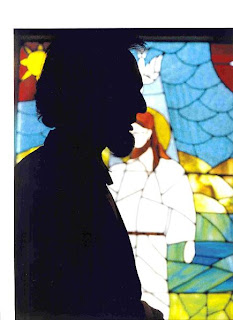 I started teaching in 1971 at a Sandersville, Georgia junior high school that was almost all black. It was one year after the Washington County Schools had finally desegregated, and private Baptist academies were springing up like mushrooms in a cow pasture after a good rain. After I signed my $5,500 contract, Title I director, Larry Sheram, clad in a white suit with white patent-leather loafers, shook my hand and told me that he was always happy to welcome young white families to the community.

Now 36 years later and just up the road from Sandersville, where Martin Luther King Drive crosses the Jefferson Davis Memorial Highway, Greensboro residents are replaying history but with an odd twist. This time the white academy is not being funded by the Baptist Church but, rather, with public money that will pay the bill for the resegregation of Greensboro, Georgia schools. And the rationale offered by the supporters of the new white charter school? It is to attract "middle class families to the county," which has nothing, you see, to do with welcoming "young white families to the community." As Faulkner said, history is not dead--it's not even past.

GREENSBORO, Ga. (AP) - East Georgia's Greene County is at odds over the opening of a charter school that some residents say intentionally excludes the county's black and low-income students.

The proposed school gives enrollment preference to children living near Lake Oconee -- which is the predominantly white and affluent section of the county south of Interstate 20.Supporters of the school -- which would be called Lake Oconee Academy -- say it is not meant to discriminate. They argue it is meant to draw more middle-class families to the county.

But opponents have mounted a campaign against the school. The Reverend Roi Johnson -- pastor of New Springfield Baptist Church in Siloam -- says it creates "racial segregation de facto."

Blacks make up 40% of the county but the majority of them live north of the highway in Greensboro and Union Point. The 2,100 student public school system is 70% black, and more than three-quarters of students are eligible for free or reduced lunches.

The Greene County school board signed off on the proposed charter school late last year, sending it to the state's charter school committee for approval. The state committee is expected to approve the proposal at a July 12th meeting in time for the school to open in August in temporary space at a nearby church.

In the meantime, Johnson and other county residents are trying to stop the school.

A group of about 50 residents held a protest at the state Capitol last month. They wore shirts reading "No taxation without representation."

The protests so far have had little effect. And Johnson has apparently worn out his welcome with the Greene County school board.

He was handed a letter banning him from speaking at future meetings a few days ago.

Said Johnson "It's gonna get me arrested, I guess."

The Athens Banner-Herald has an extended report on this story. Here is a clip:

. . . .Divisions surrounding Lake Oconee Academy will come to a head this week when the state school board votes on the petition. The charter committee of five board members is scheduled to vote on a recommendation Wednesday. The full 13-member school board can ratify or reject that recommendation at a meeting Thursday.

But after months of back-and-forth, with no public hearings, Hudson and the charter opponents say many of their questions still aren't answered.

Why build the school this fall if the development around the school is 10 years away? Why have attendance zones at all, if it's unlikely that many families north of I-20 will want to drive several miles each day when there are schools in Greensboro? And how can the school district afford to staff a new school if it struggles to pay for the schools it already has?

Despite the influx of millions of new tax dollars from the south-end developments, declining enrollment has led to financial troubles and the Greene County School District laid off 25 part-time paraprofessional teachers this year.

One of those fired parapros was Annie Grant, who said when she left the school system, it was struggling to provide even basic materials.

With the county's public schools struggling to provide basic materials, Grant sees a potential return to the disparity that plagued Southern schools before integration - a poorly performing school of mostly black students without basic materials in the north end, a new school with high academic standards and success supported by taxpayer money and donations from wealthy white residents in the south.

"I don't like using the word segregation, but like my granddaddy said, you have to call it what it is," Grant said.