Tennessee's now in its 22th year of a failed experiment that began in 1992 to use value-added assessment to improve Tennessee schools.  In 2013 Tennessee ranked 46th among states for composite ACT scores.

This year Tennessee is 43rd for the ACT composite score, but the state still ranks 48th in math, with only Mississippi and Hawaii behind the proud home state of the Sanders Model.  The other long-time experimenter with the Sanders Model of value-added testing is North Carolina, which ranks 47th this year in ACT scores.

Huffman and Haslam, however, have bought the headlines, with this one in the Tennessean:  "Tennessee students make big gains in ACT scores."

You be the judge.  Charts enlarge when you click them.  From the ACT Profile 2014: 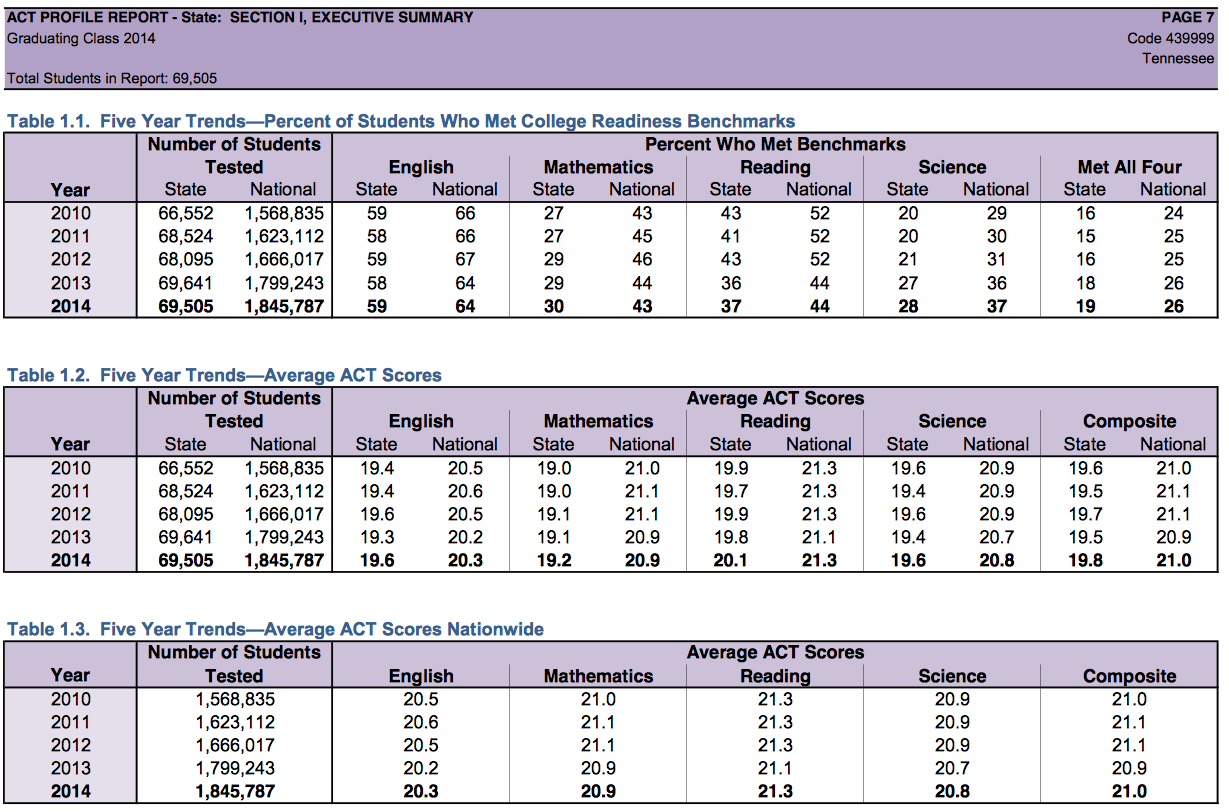