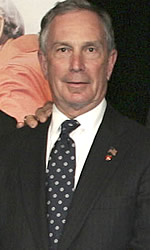 From the New York Times:

More than half of the public school students urged to attend summer school for failing to meet Mayor Michael R. Bloomberg’s stiff promotion criteria will be forced to repeat a grade this coming year because they were unable to raise their scores enough on exams.

The mixed results for the 13,751 third, fifth and seventh graders raised questions about the cost-effectiveness of the summer program created to help them. Forty-six percent of third graders and 41.3 percent of seventh graders who attended the program, called Summer Success Academy, improved their exam scores sufficiently to qualify for the next grade. Fifth graders fared slightly better, with 54.4 percent who attended the sessions scoring high enough to move on to the sixth grade. . . .

This clip offers an insight into how blind and jaded these fools are to the child abuse that is being committed in the name of high educational standards and accountability. Do we have any doubt that these 7,000 children who are now forced to accept failure at an early age are the poorest children in New York City schools? Did we need a iron-fisted test to tell us that they were and are grossly behind other children academically? What does this forced failure do to correct the situation?

How long will we, as a society, continue to ignore what educational researchers and psychologists tell us about the abuse of power against children when a single test is used to determine their futures? Is this kind of educational genocide so acceptable now that our only concern is whether or not it is cost-effective? Will the Bloomberg focus now be to develop a cost effective way to further punish the poor?