In Drug Testing We Trust 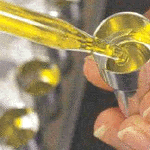 As Spellings hops from city to city doling out millions for random drug testing to school systems more interested in policing than educating, a large Catholic school in Missouri is toying with a new low in the destruction of community trust and the imposition of a police state mentality:

One of St. Louis' largest Catholic boys schools is considering mandatory drug-testing for its teachers, board members and staff, a plan that could become the first in the area and one of just a few in the country.

Leaders at Christian Brothers College high school in Town and Country emphasized that they have just begun discussing the idea. It follows closely a decision to begin drug testing students at the start of next school year.

CBC's principal, Brother David Poos, said he has much to do before anything is decided, including getting formal input from his staff. But he said he had not heard resistance from teachers so far.

National education leaders, however, were concerned by the precedent. Teaching, they said, is a profession that has long enjoyed a reputation for virtuous behavior. A move like this could corrode the relationship between teacher and student.

"I would be upset if we had to come to something like that," said Karen Ristau, president of the National Catholic Education Association. She said she had not heard of a similar plan in the United States. "We know our teachers better than that. We trust our teachers more than that."

Poos insisted that CBC leaders aren't looking at the idea in response to drug abuse among teachers.

It's more a show of solidarity with students, he said - adults setting an example for students.

Solidarity, indeed. It is a clear demonstration to students that their role models are willing to capitulate to the shameless disregard by some for Constitutional guarantees and common human decency that have been the hallmarks of our democratic experiment. It says in a loud voice that no one is worthy of trust. It says unequivocally that liberty and responsibility, the two components of human freedom, have just been transferred to the bosses of the urine examiners.
at 9:14 AM