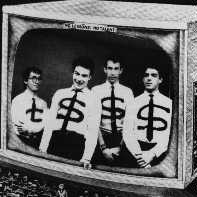 NCLB specifically describes the process to be followed by the expert review panel that will make Reading First grant decsisions. The OIG found that no panels or sub-panels were formed that adhered to the requirements of the NCLBA for adequate representation as stipulated under Section 1203(c)(2)(A). Not only did Neuman and Doherty (and who else?) break the law in this regard, but they failed to put in place an advisory and oversight panel. As the OIG dryly reports, “To date, no one in the Department has offered an explanation of why this was not done (p. 7). These actions, or lack of actions, now throw into question the compliance of every approved Reading First application:

As reported earlier, we know that the only Panel or sub-panel that mattered to the Reading First crooks was formed before Congress had even given its approval of NCLB. In late 2001, a group of hungry hackademics under the direction of Doug Carnine had gathered at the behest of ED to iron out the protocols that would be used to siphon off hundreds of millions to the Direct Instruction network:

. . . Good [Roland Good] boasts in his bio on the DMG site that he is former member of the Secretary’s Reading Leadership Academy Assessment Committee that met in late 2001 and early 2002 to develop the Reading First guidelines. Hmm.

Here are the other members on that very important and exclusive group who decided among themselves the fate of 900 million dollars a year in federal grants for the Reading First Initiative. One may note the prominence on the Committee of the University of Oregon colleagues of Doug Carnine:

What we know now from the OIG Report is that Carnine, Kame'enui, and Doherty were carefully orchestrating the delivery of the Assessment Committee's work to every state reading coordinator to use as a blueprint for acquiring Reading First grants. Kame'enui, in fact, decided to present the document as "a singular effort" because his own textbook was not on the market yet--while other members could not make the same claim:

In fact, 18 of the 29 reading assessment tools that were chosen for review by the Assessment Committee made the final cut list as a result of personal recommendations. From the 29 on that list, 24 were selected as having "sufficient evidence" to be judged as "scientifically based":

Here, by the way, are the amounts dispensed during the last five years for Reading First Grants: