How Colleges Are Failing: Let Us Begin to Count the Ways 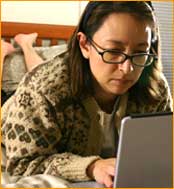 With the Spellings Commission Report ready for release, the media bombing campaign against colleges and univerisities is already underway, as evidenced by today's piece in the NY Times featuring the "failure" of higher ed to graduate more minority and poor students at a faster clip. According to a study from last spring by Maggie's sisters at Education Trust, large numbers of students are not graduating within six years of entering college.

We now take that fact, do no analysis of the underlying causes (or put them far down into the article), blame the colleges for not making it all better, and introduce a mantra into the media echo chamber that spills out that colleges are failing, colleges are failiing. Like I said, the bombing campaign has begun.

Here are a couple of variables that are ignored in the current round of handwringing:


Are these facts likely to stop the drumbeat against colleges that are "failing students," particularly the poorest students that right-wing conservatives are so concerned about? This rhetoric is just more of the NCLB cynical hokum graduated and moved on to college.

Kevin Carey, the research and policy manager at the Education Sector, a nonprofit research organization, said governors and legislatures could make it clear that the presidents’ continued employment hinged on improving graduation rates. “That’s what businesses do,” he said.

“When you have a system where virtually everyone fails, how is that different from designing a system in which the point is for people to fail?” Mr. Carey added. “No one can look at that and say this is the best we can do.”

No, he is not talking about NCLB, even though the critique fits perfectly. This new round of corporate-inspired madness is looking more like NCLB dumped down another rabbit hole.