Testing and the "Darkest Underbelly"

In moving toward the negotiating table for reauthorization talks, Bush and Spellings have shown zero interest in acknowledging the impossibility of children reaching their 100% proficiency target in math and reading by 2014. To acknowledge reality would require change, and that, in turn, would shake loose the linchpin of the Right's school privatization plan that requires a steady stream of public school failures in order to undercut public support and, thus, get traction for the voucher and charter alternatives intended for those who don't have a choice in the matter.

In the meantime, of course, there are the millions of children, parents, and teachers who are being sacrificed each year in order to attain the assured failure that has been planned for them. The choking canaries in this dark poisonous mine are, of course, the poor, the disabled, the immigrant, the minority--the ones supposedly for whom the title of this legislation was stolen from the Children's Defense Fund. No Child Left Behind, indeed. 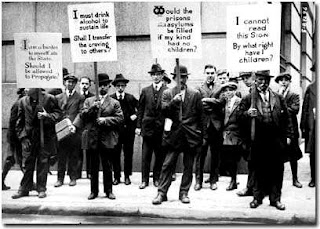 Here is a commentary from science teacher, Robert Tyrrell, on what is happening to the children at his school, children who are being ground up in this cruel crucible--and what is happening, too, to the attitudes of the survivors who now see the test failures as the "dumb ones" who stand in the way of success:

Campus West School is a kindergarten through eighth-grade Buffalo public school that has had a long and proud tradition in its association with Buffalo State College. The staff is highly trained, motivated and constantly involved in professional development.

Our school is a site for training student teachers, with many professionals using our school for educational research. Our scores for eighth-grade general education students on the 2006 English language arts, math, social studies and science exams are the second- or third-highest in the district for nonselective schools. The scores surpass some suburban schools.

Campus West, however, has been listed as a "school in need of improvement" for a number of years by the State Education Department, as was reported in The Buffalo News on Jan. 11. How could this happen?

A little-known aspect of this policy is that a school can be judged deficient solely on the basis of the Education Department's judgment that special education students are not successful on state assessments. This indeed is the mechanism by which Campus West was designated as needing improvement. The policy of judging an entire school program by measuring special education student achievement on standardized testing precipitates much more negative fallout than the simple label implies. First and foremost, parents and community and media people are not able to see real successes in the school program.

Lastly, and the reason for this explanatory piece, the policy of judging a school by the success of its special education students on standardized tests affects student responses to their educational program. One bright student, perhaps reflecting her parent's comments, was recently overheard: "Campus West is a "bad' school because we have "dumb' kids taking these [standardized] tests."

Much more could be said, but to me, this statement reflects the darkest underbelly of the unwarranted use of standardized testing and provides its own commentary.

Robert Tyrrell is a science teacher at Campus West School in Buffalo.