Andy Rottenham, Screwge of the Year 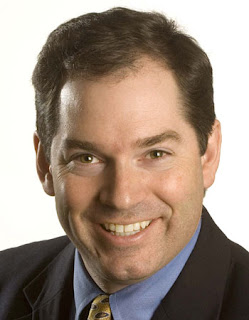 I know, I know, what about Bill Gates and Eli Broad. They are in a bigger category and in the running for Screwge of the Decade.

Rotherham, better known as Eduwanker around the house, has a long and undistinguished history with the Clintonians of the 90s, enough distinction, however, to get his tushes into the federal education feeding trough. When Bush came to town, in fact, Andy was one of the few Democants who could pass the neocon smell test, thus assuring a nice nest egg from cuts of the Education Leaders Council federal piggy bank that siphoned millions from the federal education pot, with nothing of educational value ever to show for it.

With his retirement funds guaranteed, then, Rottenham has moved on to become Obama advisor and edupreneurial spokesman for the apartheid charter school blueprint that is being applied in DC, New Orleans, and NYC, and he stands to become fabulously wealthy if the Broad plan for urban school charterizing is realized across the nation. The fruition of that neo-Jim Crow plan hinges, largely, on the oligarichs' ability to crush the teaching profession and to nullify collective bargaining and school board governance.

And so it is that Rottenham puts his putrid pen to the yellow corporate rag, the Detroit News, to castigate the same teachers who have just before Christmas agreed to accept a pay-per-score plan, to gut their own health benefits, and give up $500 a month for the next 20 months in order to pay down the Detroit Schools deficit that none of the philanthrocapitalists could be bothered to even mention as a problem.

Rottenham uses this opportunity two days before Christmas to kick Detroit teachers in the teeth while they are down. So for choosing to ignore Detroit teacher sacrifices, and for blaming them, instead, for 80 years of racist segregation policies, poverty creation, and malignant neglect, here's to you, Andrew Rottenham, Screwge of the Year.
at 11:37 AM