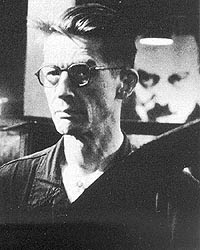 If there is anyone around to write the history of this era a hundred years from now, a seminal figure in that history will be Dr. Martin Seligman, long-time expert in learned helplessness and more recently the guru of a virulent form of corporate groupthink called positive psychology, or learned optimism. Used jointly as they are in the KIPP school cults and the KIPP imitators, learned helplessness and learned optimism form a potent one-two psychological punch in the neo-eugenic effort to create total compliance organizations among the poor, the brown, the homeless, the immigrant.

Rather than treating the poverty that is the initiator of the many gaps between poor children and children in the leafy suburbs, these "no excuses" testing camps seek to alter the psychologies of children while making them oblivious to their sociological realities. What results is a form of psychological sterilization that, in the end, programs children to "keep on the sunny side" and to view their own shortcomings as a result of personal failure to work hard enough and be nice enough. It is the cheapest and most morally-bankrupt form of social engineering, preferring to subject children to psychological programming rather than doing the expensive and time-consuming work of addressing poverty and all the attendant maladies that go with it. New Age Eugenics.

And so I was fascinated to see the following at HuffPo by Dr. Bryan Welch, who examines the use of Seligman's monstrous treatments for soldiers coming back from war. I suppose the next logical mass application of learned optimism brainwashing will be to treat those who worry about global warming and the end of human civilization. Don't worry, be happy:

With the President's announcement last Tuesday night, over one hundred thousand American troops will soon be in harm's way in Afghanistan. Estimates are that thirty thousand of them will come home with Post Traumatic Stress Disorder, the same psychological condition that plagued Johnny.

This makes returning veterans a ticking time bomb for serious mental illness with a very real danger of violence to themselves, their loved ones, and the general public.

As a psychologist who has treated many serious cases of Posttraumatic Stress Disorder, it was a jaw dropping experience to learn that under a new $119 million military program these young men and women who have sacrificed so much will have their PTSD addressed with a superficial, psychological treatment based loosely on Norman Vincent Peale's Power of Positive Thinking, known in this generation's iteration as "positive psychology" or the "psychology of optimism.

There is no evidence that the techniques of positive psychology can prevent or ameliorate the effects of PTSD. When its adherents' attempt to extrapolate simplistic studies done on normal junior high students to military combat troops struggling with military traumas they are misleading the military, the public, and, most importantly, the troops.

I discussed this program briefly in a column three weeks ago in the context of the Fort Hood Massacre.

Ironically, Dr. Martin Seligman was the first to announce both this new military "resiliency program" and his own significant role in the development of the $119 million military program. Seligman has previously acknowledged that he consulted to the CIA to give a seminar to the individuals who later developed the actual torture techniques. The seminar was based on Seligman's work administering electric shock to dogs until they developed a chronic state of helplessness and compliance. (Seligman contends he thought his seminar was being used to prevent torture and argues that he personally is opposed to torture despite his research.)

What is peculiar about this significant allocation of funds is that it apparently was done with limited, if any, input from the military experts in the treatment of PTSD. Obviously, in the post- Viet Nam era the Department Of Defense has had a lot of experience with PTSD. According to my sources who have discussed this matter with higher-ups in the DOD Center of Excellence for Psychological Health and Traumatic Brain Injury, the military professionals experienced in the prevention and treatment of PTSD were not meaningfully consulted on the program and were blindsided by its adoption.

Instead, the upper echelon in the Pentagon, without the consultation, support, and agreement of military mental health professionals, decided to divert potential mental health treatment funds to what is a pseudo-treatment when applied to treatment and prevention of PTSD. Upon investigation it appears that this "treatment" is designed more to manipulate troops into denying their need for care than to actually treat them.

The comments made by both the military and civilian architects of the program are appalling in their suggestion that the problem of PTSD is overemphasized and receiving too much attention from the public.

Army General William Casey, "There is a perception out there that everyone who goes into combat gets post-traumatic stress. That's just not true. In fact, science tells us just the opposite; the majority of people who go to combat have post-traumatic growth. They're confronted by something very difficult, and they are stronger as a result." Casey's language here sounds like it has come verbatim from positive psychology advocates.

Seligman reflects a similar although in many ways more shocking attitude implying that many of the reported cases of PTSD are just a function of the soldiers' expectations that if troops see traumatic events they conclude they must have PTSD, the implication being that the PTSD is just a self-fulfilling prophecy. If Johnny lying in the jungles of South Viet Nam had not labeled his predicament as PTSD he would not have succumbed to it.

"Psychology has given us this whole language of pathology, so that a soldier in tears after seeing someone killed thinks, 'Something's wrong with me; I have post-traumatic stress,' " or P.T.S.D., Dr. Seligman said. "The idea here is to give people a new vocabulary, to speak in terms of resilience. Most people who experience trauma don't end up with P.T.S.D.; many experience post-traumatic growth."

A "new vocabulary" is not what Johnny needed. When the mind is overwhelmed by emotional trauma, as it often is in combat where troops see comrades blown to bits, it is not fixed by mind control techniques that replace negative thoughts with positive ones as the positive thinking model implies.

To the contrary, had I told Johnny to change the way he thought about things I would have been denying him any form of human understanding and contact which can only occur in a reality-based acknowledgment of one's predicament. No, this does not mean Johnny should spend a lifetime wallowing in self pity. But it does mean that reality had to be acknowledged. There had to be at least one person in his life who could acknowledge with him that what had happened to him was "catastrophic."

This same principle is true with troops preparing for combat. A mind that accepts exhortations to "look at things differently" is neither independent nor resilient. It is compliant and vulnerable to exercising bad judgment or no judgment at all. That is the primary lesson we should have learned from Abu Grahib.

Telling people that a psychologist has found the way to "authentic happiness" as the positive psychology movement has done holds the same appeal as Norman Vincent Peale's power of positive thinking did for an earlier generation. Dressing it in psychological accoutrements by contending it is scientifically based is the new bottle for the old wine. While some people may receive a temporary boost from thinking positively, using it either as a preventive or treatment for PTSD, is at best naïve and at worst dishonest.

So what is really going on here? In truth, the military has once again retained the positive psychologists, this time to help it use limited mental health resources to try to suck one last measure of devotion from a bone weary combat force many of whom have already been through multiple deployments. It is doing this under the guise of trying to prevent depression and PTSD.

The effects of repeated deployments - particularly with short "dwell times" at home stations between them are cumulative, General Casey has acknowledged. "All our studies show that the more times you deploy with little time between deployments, the more susceptible you are to having mental fitness challenges," the General said.

In this regard it is telling that the new program will not be implemented by trained mental health professionals. Instead, it will be administered by drill sergeants. As Seligman conveniently notes, ''They [the drill sergeants] are the teachers in the army,''

These "teachers" are trained in 90 minute weekly classrooms. Here is a sample of what they learn to do to build "resilience" in our troops:

In one role-playing exercise, Sgt. First Class James Cole of Fort Riley, Kansas and a classmate acted out Sergeant Cole's thinking in response to an order late in the day to have his exhausted men do one last difficult assignment.

"Why is he tasking us again for this job?" the classmate asked. "It's not fair."

Is this to help the soldiers be more resilient or is it to make them more compliant and to gripe less. If it is the latter, why can't we just say that?

Of course, the reason is that we prefer to deceive and manipulate than to confront the truth about the excessive demands we are making on our troops and pony up the added resources we need if we are going to remain a nation at war.

Once again, the military is making use of the same dark side of psychology to achieve questionable ends and to deceive. Once again some psychologists are all-too-willing handmaiden. Once again, our troops suffer.

Bryant Welch, J.D., Ph.D. is a clinical psychologist and attorney. He is the author of State of Confusion: Political Manipulation and the Assault on the American Mind (St Martin's Press, 2008.)