Merry Learning to All, Together, Really 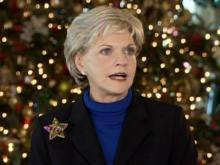 Day before yesterday, North Carolina's governor threw her unequivocal support behind the diversity policies in her state that have brought about improved learning for all and increases in student achievement scores:

Raleigh, N.C. — As Wake County and other school districts across North Carolina shift away from busing students to achieve socio-economic diversity, Gov. Beverly Perdue and other officials fear the districts will become racially segregated.

"It's the most troublesome thing I think that's happened," Perdue said of the push toward neighborhood schools from Goldsboro to Charlotte.

Perdue said neighborhood schools that are almost all-black or all-white won't provide all students with a quality education, saying schools in low-income areas will be at a significant disadvantage.

"Whether it's racially done or economically done, there has to be some kind of momentum to continue to have diversity in our schools," she said. . . .