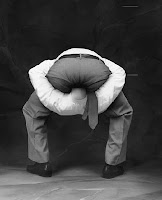 (Photo: MSNBC Leaning Forward) How long can the "progressive network" ignore progressive educators?  No longer.  Pretending to be stupid about the anti-democratic corporate takeover of American public education is no longer acceptable.  My advice to Maddow and the rest of the nightly liberal crew:  Get educated on the issues or get lost.


Why in the hell would MSNBC’s morning joe prominently feature Michelle Rhee and her ridiculous state report card?  Why does this woman continue to get media attention? Every reform that she either implemented or advocates for has been demonstrated to lead to deceitful behavior or simply not work!  She advocates an ideologically driven, corporate-based reform movement that puts money first—not students.
Corporate based education reform is killing the American system of public education and eroding any democratic tendencies left in the public sphere.  After spending more than $1 trillion dollars on 10 years of No Child Left Behind and four years of Race to the Top we have successfully 1) sent poor and minority students to a failing system of privately managed charter schools, 2) defunded and closed community schools, 3)defiled professional teachers, and 4) harmed our most vulnerable children.  However, to me, the biggest crime is that the media remains silent or serves as a mouthpiecefor the people responsible for the damage and harm.
In the past I wrote a letter to Ed Shultz asking for his help.  Ed seems to be one of the few hosts in the national media that occasionally attempts to expose the corporate education reform disaster.  However, he just never takes it to the next level.  My guess is that this is not a character flaw of Mr. Shultz but rather the reality of the situation he finds himself.
He works for MSNBC.  And as much as MSNBC tries to “Lean Forward” their hosts can only lean so far—MSNBC is a corporate-owned media conglomerate.  The hosts’ freedom to report has a limit and right now for some reason (Bill Gates maybe?) the only time a semi critical look at corporate education reform occurs is when the blame can be easily ascribed to a Republican.
I hate that I am suggesting this but I believe the time has come.
Then I can think of nothing else to do other than launch a boycott of the most popular shows and hosts on MSNBC—The Ed Show, The Last Word with Lawrence O’Donnell, and The Rachel Maddow Show.
Why these?  Why not?  Obviously writing letters, sending emails, tweeting, and posting to the Facebook pages of these MSNBC hosts results in nothing but crickets.  If you’re an individual or a group please push this boycott announcement to your friends and members.
Extreme? Only if you think shuffling our most vulnerable children off to for-profit charter schools that practice prison style behavior management and employ the least qualified teachers is how you put students first.
Follow Timothy D. Slekar on Twitter: www.twitter.com/slekar