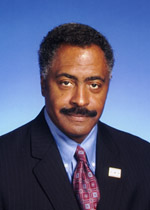 If you want to see what corporate education smells like at the local level, smell no further than Rep. John D. DeBerry, Jr., the Memphis state rep who raked in more funds ($112,113.00) from the corporate ed reform schoolers than all other members of Tennessee legislative education committees, combined.

And Rhee's generosity is paying off handsomely, as DeBerry has become the loyal lap dog of the charter reform school movement in the state.  Sensing that time is running out before the public wakes up to the charter scam, the charter industry has pulled "parent trigger" in Tennessee to turn over public school decision making over to local mobs with pockets stuffed with corporate cash.

DeBerry's last move for the benefit of Rhee and her oligarch patrons would allow 51 percent of parents at any school in the bottom 20 percent of test scorers (the poor schools) to decide to shut down a school and turn it over to corporate charter operators.  Not only would this power grab make local school boards irrelevant, but it would narrow the decision-making process to a handful of parents at a particular time under the particular influence of particular corporate charter operators.

How's that for taking the politics out of education!
at 11:57 AM