"Thinking is not the intellectual reproduction of what already exists anyway." — Theodor Adorno 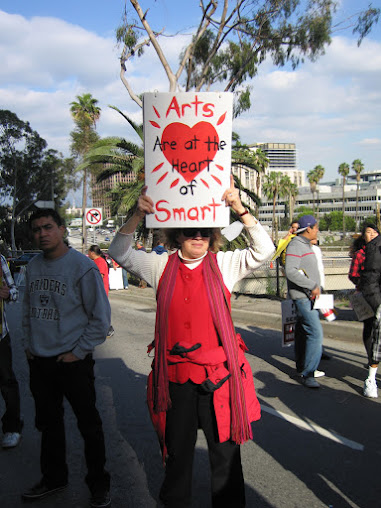 One of the more intriguing aspects of being a candidate for a high profile office like Member of Board of Education, Los Angeles Unified School District, is the number of questionnaires various organizations ask you to complete. Some of these are for endorsement considerations, others are just to publicize your stances on various issues. Today Arts for LA sent me a five question survey. When answering the questions, I realized it would be worth publishing the Q&A since, in my eyes, it addresses many of the fundamentally flawed issues with national standards and punitive testing regimes they engender.

Arts for LA: What meaningful experiences with the arts (visual arts, dance, drama, and/or music) did you have growing up?

Robert D. Skeels: Even though I grew up in relative poverty (food-stamps, welfare, etc), our New York schools required playing an instrument, participation in drama, and taking classes in visual arts. I was exposed to French horn, trombone, and guitar, and still play the latter to this day. One of the most memorable field trips I recall from childhood is when our class went Radio City Music Hall to see Madama Butterfly. We even had electives like music theory which relate to mathematics. Classes in fine art gave me enough skills that when I later became a graphic artist, my illustration abilities kept me in constant demand. All of those experiences were interconnected with literature, an appreciation for arts, and an understanding that there is much more to being human than test scores and salaries.

Arts for LA: What role do you think the arts can play in supporting key priorities of the district, such as closing the achievement gap, reducing the dropout rate, and preparing more students for college eligibility and the twenty-first century workforce? 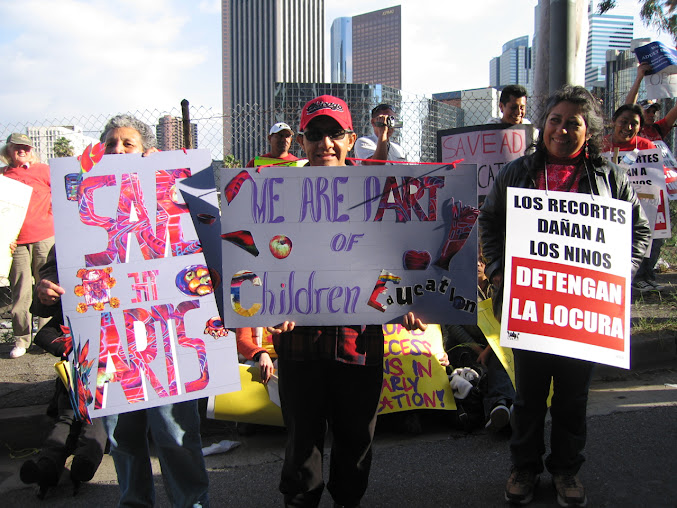 Robert D. Skeels: The critical thinking skills and ability to cognate interconnectedness between disparate disciplines fostered by the arts are far more important than rote memorization for standardized tests. For the record, critical thinking skills are essential regardless of what century we are in. This is why the children of the wealthy are exposed so heavily to the arts, whereas working class children aren't. Finding things that interest and captivate students is the key to reducing the dropout rate, encouraging students to find passions that lead them to college, etc. If we were educating the whole child in addition to providing wrap around services, then the achievement gap would ameliorate.

Arts for LA: A standards-based arts curriculum is one of the five core subjects in No Child Left Behind and critical for developing job skills vital in the creative economy and the twenty-first century workforce. Yet, most often, only "what is tested is taught" in our schools. How do you envision bringing balance back for a comprehensive education and ensuring all students have access to a quality, standards-based arts education curriculum?

Robert D. Skeels: The obsession with standards and punitive testing brought on by NCLB and its descendants RTTT and CCSS, have perverted and warped curriculum. Bringing balance back means resisting standardized tests and curriculum, and insisting that our students are provided rounded, culturally relevant curricula. While we still need to push for more arts and a rounded curriculum within the current regime of standards, ultimately we need to fight for curriculum decisions being made on a local level that address the needs of students. A nationally standardized arts curriculum further marginalizes children of color and those from different cultures. We need arts that are part of ethnic studies courses in order to respect cultural heritages.

Arts for LA: If elected, how will you engage classroom teachers, arts teachers, parents, and community arts organizations to implement your district's strategic arts plan? If you are not familiar with the plan, how can the district make the plan more visible? 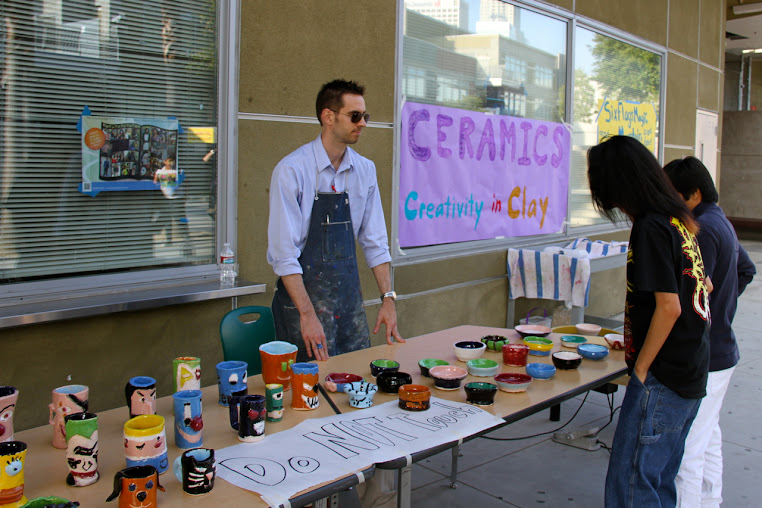 Robert D. Skeels: Again, the de-emphasis in the arts in our schools is a direct result of national policies that have created an abject high-stakes environment where test preparation takes precedent over teaching and learning. I would work with all the stake-holders (who are natural allies) mentioned in the question above to create widespread awareness and outreach as to the critical importance of a rounded curriculum that sees the arts, including literature, as the primary, not secondary goal of education. Such a campaign would necessitate revising the existing LAUSD arts plan, which still sees test-prep as being paramount.

Arts for LA: Over 50% of School Districts in Los Angeles County have adopted Arts Education policies and plans to restore all arts disciplines into the core curriculum of K-12 classrooms. If elected, what would you do to develop and adopt a policy and implementation plan to increase access to the arts in the district?

Robert D. Skeels: Efforts to restore arts via policies and plans are laudable. However, so long as our public schools are threatened with catastrophic consequences like closure, reconstitution, or being handed over to a privately managed charter corporations, there is little hope that they will actually be able to execute such policies and plans. National education policy has created conditions where deviation from what is required on standardized tests is impossible, despite platitudes from the Secretary of Education on the importance of the arts. Board Members on the second largest school district have a moral obligation to challenge the reasons why the arts, electives, vocational training, and anything outside the narrow confines of NCLB/RTTT/CCSS aren't considered important. In practice, really expanding our arts curricula in LAUSD would be a visible sign of resistance to the testing-industrial-complex controlling U.S. education policy.

LAUSD School Board Candidate, public education activist, researcher, and writer Robert D. Skeels has lived, worked, and organized in District 2 for over 18 years. He and his wife, Yoon Jung Lee, make their home in Historic Filipinotown. Robert is a U.S. Navy Veteran. He attended Glendale Community College and the University of California at Los Angeles (UCLA). Robert taught Catechism at St. Teresa of Avila Church for 12 years. For the past 15 years he has volunteered ten hours a week teaching life and literacy skills at the Mary Lind Foundation. Robert is a committed member of a number of grassroots education and immigrant rights organizations including Coalition for Educational Justice, Public Education and Social Justice Advocacy, The Trinational Coalition To Defend Public Education, The Southern California Immigration Coalition, and Veterans for Peace. Robert’s articles and essays have appeared in publications including: Schools Matter, CounterPunch, Dissident Voice, Daily Censored, Echo Park Patch, and The Los Angeles Daily News.

Robert's grassroots school board campaign has been endorsed by United Teachers Los Angeles and some of the most celebrated experts on education in the nation, including Professor Diane Ravitch.