Victims of the Code

If you have been wondering about the source of the scriptural (as in scripts) infallibility or the rigid rituals handed down by the anointed high priests (and priestess) to Open Cult, er, Court Reading and Voyager Learning (pdf) and the Association for Direct Instruction, the source might be found in this arcane L. Ron Hubbard-esque network of fringe religio-science that operates around the shadowy world of the Children of the Code.

Claiming connections with G. Reid Lyon and Grover (Data-or-Death) Whitehurst (featured interview from 2003), Children of the Code followers believe that there is neurological and behavioral patterning that takes place during the reading initiation phase (perhaps the hand-held DIBELS machine could be called a phaser, for just $14-20 per student). 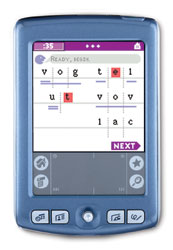 If this initiation of the initiate into the Code is completed according to the prescribed ritual, all sorts of social and economic benefits will accrue, from an end of poverty to the end of juvenile delinquency to the disappearance of shame to a significant uptick in retail sales. From the Code Website:

"There’s a growing body of research that indicates that the consumer behavior of adults with low literacy skills is distinctly different from the average adult. It’s not just about their inability to calculate or understand many of the aspects of a transaction that goes on with a consumer, but it’s because they overlay all of it with a risk aversion strategy that’s to avoid being embarrassed. So that the most important thing is not that you get what you need when you get to that check out counter, the most important thing is that you avoid being embarrassed by having more than you can afford to buy or appearing not to know what you’re doing. We tend to focus on the adult’s lack of skills in calculating unit prices and stuff like that but the most important thing is that they’re avoiding being embarrassing." - Robert Wedgeworth, President of ProLiteracy (Children of the Code interview)

Apparently, something has gone wrong in the school systems that have been converted. More poverty, same juvenile delinquency, a never-ending supply of failure and shame. The only proven difference so far: a huge uptick in retail sales of these soon-to-be relics of educational scamming and hucksterism conducted on historic proportions with the full support of public officials at the Federal level.

Do check out the website--it has all the messianic and anti-aesthetic appeal of a spooky anti-abortion site. Unfortunately, it has the same scary righteousness that is the hallmark of the most effective totalitarian crackpots.