Flat Worlds, Pointed Heads, and the Conservative Dreams of the Higher Ed Commission 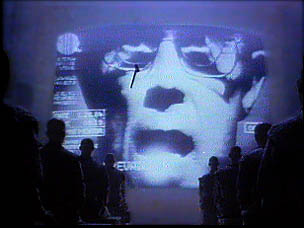 If you thought it scary to contemplate a massive database of personal, financial, and academic records in the hands of corporate socialists like Charles Miller, contemplate the other primary mission of the Spellings Commission to Meddle in Higher Ed. The assimilated drones at National Review are enthused that the Commission Report may finally signal the beginning of national knowledge standards in all university programs, which, of course, will be justified by the need for universal accountability and universal accreditation that would be controlled by the same group of economic elites and educational Neanderthals that inspired this mess to begin with. Try this from NRO:

Toward a Debate on Disciplinary Standards [Candace de Russy 07/21 12:00 PM] The proposition that standards could be defined in all the academic disciplines (in the humanities and social sciences as well as in mathematics and science) is fraught with such potential conflict (notably between defenders of traditional knowledge and multiculturalists) that few have cared to raise the issue. Thus, advocates of higher-education testing in the interest of accountability tend to focus mainly on assessing only students’ writing, mathematical, and critical skills acumen or “soft skills,” such as how well students work in groups (and even these proposals raise the ire of educrats).

Yet this is a debate whose time has perhaps come, especially in view of the ongoing higher education review by the Secretary of Education’s commission and a report from the Educational Testing Service that proposes assessing students’ general skills and proficiencies within their disciplines. (See "Amid Debate Over Spellings Commission Report, Testing Group Proposes National Accountability System," The Chronicle of Higher Education, July 20.) Is it impossible to set standards in all the disciplines? A passage from another Chronicle article ("A Look at Clinical Doctorates" by William L. Siler and Diane Smith Randolph, July 21) suggests that with the will there could be a way . . .

Sound like America rushing toward the Chinese Education Model? We are quickly reaching toward to point of worldwide educational, and thus, political convergence, where "capitalistic" education looks no different from "communistic" education. The common denominator is the desire for economic hegemony and the control of world resources, with the obsession for control of information trumping the goal for generation of new knowledge. The conflation of these two distinct ends is clearly the recipe for a Dark Age like the world has not seen.

A flat world is a world where entropy has prevailed.