Pledging Allegiance to the Constitution 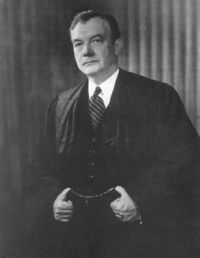 During the McCarthy witchhunts of the early Cold War Era, the phrase "under God" was added to the Pledge of Allegiance in 1954 to distinguish the U. S. from the godless Soviets. Now it would seem that recent Congressional action hopes to build an ironclad legislative bunker to assure that the Pledge becomes an unalterable and sacrosanct routine that puts it beyond any legal challenge by any American in any American court of law. A clip from today's Online Journal:

The Christian Right was in a state of rapture when the House of Representatives passed the “Pledge Protection Act,” which would remove cases involving the Pledge of Allegiance from the jurisdiction of federal courts. Tony Perkins, president of the Family Research Council that’s sponsoring the Values Voters Summit in late September, was jubilant: “I am pleased to see Congress exercising its constitutional authority to check the power of the courts which have tried to strip ‘God’ from the Pledge of Allegiance.”

The irony most likely lost on the craven fools who put this bill forward is that it was, indeed, the Courts that upheld, under challenge from the State, the religious rights of an oppressed group of West Virginia Jehovah's Witness school children to abide by their faith--and it occurred at the same time this country was under attack from Japan and Germany in the greatest conflagration in the history of war.

The hair on the back of my neck still stands at attention when I read these clips to my students from Justice Jackson's prevailing opinion in 1943 (West Virginia State Board of Education v. Barnette) to allow these children to withhold any pledge of allegiance that may run counter to the freedom of conscience and religion that our Constitution guarantees:

Struggles to coerce uniformity of sentiment in support of some end thought essential to their time and country have been waged by many good, as well as by evil, men. Nationalism is a relatively recent phenomenon, but, at other times and places, the ends have been racial or territorial security, support of a dynasty or regime, and particular plans for saving souls. As first and moderate methods to attain unity have failed, those bent on its accomplishment must resort to an ever-increasing severity. [p641] As governmental pressure toward unity becomes greater, so strife becomes more bitter as to whose unity it shall be. Probably no deeper division of our people could proceed from any provocation than from finding it necessary to choose what doctrine and whose program public educational officials shall compel youth to unite in embracing. Ultimate futility of such attempts to compel coherence is the lesson of every such effort from the Roman drive to stamp out Christianity as a disturber of its pagan unity, the Inquisition, as a means to religious and dynastic unity, the Siberian exiles as a means to Russian unity, down to the fast failing efforts of our present totalitarian enemies. Those who begin coercive elimination of dissent soon find themselves exterminating dissenters. Compulsory unification of opinion achieves only the unanimity of the graveyard.

It seems trite but necessary to say that the First Amendment to our Constitution was designed to avoid these ends by avoiding these beginnings. There is no mysticism in the American concept of the State or of the nature or origin of its authority. We set up government by consent of the governed, and the Bill of Rights denies those in power any legal opportunity to coerce that consent. Authority here is to be controlled by public opinion, not public opinion by authority.

We can have intellectual individualism [p642] and the rich cultural diversities that we owe to exceptional minds only at the price of occasional eccentricity and abnormal attitudes. When they are so harmless to others or to the State as those we deal with here, the price is not too great. But freedom to differ is not limited to things that do not matter much. That would be a mere shadow of freedom. The test of its substance is the right to differ as to things that touch the heart of the existing order.

If there is any fixed star in our constitutional constellation, it is that no official, high or petty, can prescribe what shall be orthodox in politics, nationalism, religion, or other matters of opinion, or force citizens to confess by word or act their faith therein. If there are any circumstances which permit an exception, they do not now occur to us.