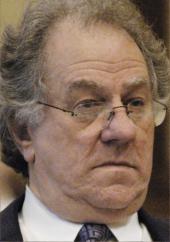 Margaret Spellings certainly understands the dry drunk leadership style of the man she works for, and Charles Miller as Chair for the Commission to Meddle in Higher Ed certainly was a good pick to fit in the Bush lineup of plain-talking conservative jackasses. Miller has quickly emerged as the John Bolton of academia, repeatedly parading a mean and surly persona ready at a moment’s notice to drop one of his inappropriate and smelly nitwiticisms in order to deflect the undisguised disdain and rage against an institution that he nor his churlish boss could ever appreciate or understand.

Try this one from the Austin American-Statesman: "If you wrap it [the Commission Report] up in academic language, which is what the academy wants, you get long sentences and footnotes, and it gets put on the shelf . . . strong language gets attention." Indeed. I am so glad that at least there will be something left to read after Miller’s strong language histrionics are put down the toilet and flushed into the Potomac.

Now it is becoming increasingly clear that one of the goals of the Miller Mission is fill in the gap for "data" on every student who ever enters a college or university and to track them right into adulthood and the workplace and into retirement (if such a concept survives the onslaught of corporate socialism). In other words, Miller intends to do the conservative bidding to have the university pick up where NCLB leaves off. Miller would have us believe that personal privacy is as loathsome and archaic as the notion of a “medieval trade union,” whatever that might be. Is he thinking of "guild?"

Miller and the other present-day efficiency zealots seek nothing less than an ironclad social and economic control through the use of technology, all to be achieved in the name of “accountability.” These dangerous dystopic dunces make previous generations of eugenicists seem like romantic daydreamers. From Gainesville.com:

Despite, privacy issues, commission says tracking would improve colleges' accountability. A plan to track college students throughout their academic careers, and perhaps well into their time in the workforce, has some fearing that private student records will be exposed in a Big Brother-style program. The Commission on the Future of Higher Education, appointed last fall by the U.S. Secretary of Education, is considering a system that would require colleges to submit individual student data to the federal government. Students' academic, enrollment and financial aid information all could be subject to federal scrutiny under the plan.