Support Our Schools--Bring Them Home 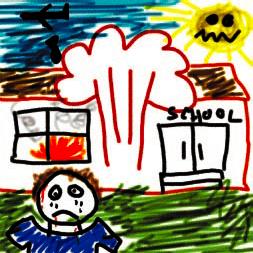 Most of the talk among clueless Democratic politicians regarding NCLB's war on public schools is about "full funding and fine-tuning." Either or both are mistakes. Full funding would be like adding addtitional troops to kill more citizens in a country that rejects them, and fine-tuning would be equivalent to designing new Iraqi benchmarks that simply make invisible the miserable failure of the entire war policy. In short, staying the course or adapting and changing are as likely to make NCLB successful as they are in saving from disaster the foolish and reckless war crime going on in Iraq.

A group of educators and activists inspired by Marion Brady and Phil Kovacs are beginning a project called Educator Roundtable. Their focus will be on providing a platform for multiple groups and individuals to coordinate efforts to end NCLB. Bookmark http://www.educatorroundtable.org./ and check in often to see what is going on with this effort.

One of the first actions will be to collect 10,000 signatures in support of NCLB repeal. I would like to see a million, done 10,000 at a time.

This is a grassroots effort, and Marion Brady and Philip Kovacs invite your suggestions, volunteerism and, of course, your dollars. Email Marion here: mbrady22@cfl.rr.com; Philip, here: philipkovacs@yahoo.com
at 9:19 AM