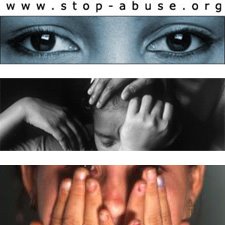 Pop quizzes, spelling bees and the three letters that strike dread into high school students across the country -- SAT. We have become a Test Nation, and the results can determine the course of a student's life. Some are beginning to question: Is it all too much? Has our obsession with testing pushed students too hard? Just what do tests really tell us? Over the next few months, The Washington Post will examine the nature of testing and its effects. First in a series:

Along with painting and gluing and coloring and playing, Kisha Lee engages the youngsters in her day-care program in another activity: testing.

Three- and 4-year-olds take spelling tests of such words as "I," "me" and "the," as well as math tests, from which they learn how to fill in a bubble to mark the right answer.

Test preparation for children barely out of diapers is hardly something Lee learned while getting her education degree at the University of Maryland, she said. But it is what she says she must do -- for the kids' sake -- based on her past experience teaching in a Prince George's County elementary school.

"Kids get tested and labeled as soon as they get into kindergarten," said Lee, who runs the state-certified Alternative Preschool Solutions in Accokeek. "They have to pass a standardized test from the second they get in. I saw kindergartners who weren't used to taking a test, and they fell apart, crying, saying they couldn't do it.

"The child who can sit and answer the questions correctly is identified as talented," Lee said. "It hurts me to have to do this, but it hurts the kids if I don't."

Lee's approach underscores the culture of testing that reigns in the United States. Americans like tests so much that they have structured society around them.

Newborns are greeted into the world with the Apgar test to measure activity, pulse, reflex, appearance and respiration. Getting a 3 or below is like getting an F. Soon to follow are assessments -- the first of many -- that will compare them with their peers. Are they crawling, sitting, walking at the correct age?

In no time, kids are facing tests to measure school readiness.

Four-year-olds are tested in literacy and math in Head Start programs, and kindergartners undergo tests to see who is "gifted." By then, they are firmly ensconced on the testing treadmill.

To Kisha Lee and every other teacher and administrator in America who continues to engage in this child abuse: The Nuremberg Trials determined that just following orders is not a defense for morally-reprehensible acts. Eventually, history or your own conscience will demand accountability that will count. The rest of the WaPo story here.