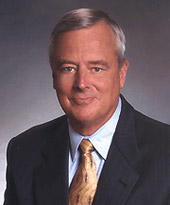 Following a sale of 400,000 shares of stock by the chairman of the board of a major student loan corporation just before its stock prices dipped, two Congressional committees have initiated an investigation into communications between the White House, Education Department, and the Sallie Mae Corporation. One nongovernmental analyst told RAW STORY that the situation was "reminiscent of Martha Stewart."

Sallie Mae's stock price, which closed on Friday the 2nd at $46.46, fell to $42.37 on Monday the 5th. The sale before the roll out of the federal education budget saved Lord more than $2.5 million.

"This is reminiscent of Martha Stewart," said Michael Dannenberg, Director of the Education Policy Program at the New America Foundation, who also produces the Higher Ed Watch blog.