Texas Testing Mania and the Destruction of the Liberal Arts 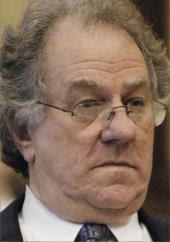 When Chairman Charles Miller ran into the anti-testing buzz saw near the end of the deliberations of Spellings's Commission on Higher Ed, he took his wounded pride and his marching orders back to Texas. If the Commission, itself, was going to ignore the neocon agenda of mandating high-stakes tests in colleges and universities, Miller and Spellings would, then, ignore their own Commission's recommendations. They would take their mission back home to Texas, where the current nightmare in K-12 (and America, at large) began.

With the help of a Texas governor who displays all the ideological merit badges of his hero, the Decider, Miller was able to act with blitzkrieg speed in pasting together a plan for requiring exit exams in all state universities in Texas--so fast, in fact, that the announcement has left some at ETS out of the loop. They must feel like they just won the lottery on a ticket they forgot they had.

If you think this could be another reward-the-rich-and-punish-the-poor social engineering experiment, you would be correct. Of course, the real benefit will be to eliminate creativity and thinking from colleges that serve the underrepresented by imposing an assessment system based on passing a test. You remember--what gets tested, gets taught. Thinking will be reserved, then, for those richer campuses where students come from richer high schools with richer parents--where affirmative action has been eliminated and where any remaining impetus to recruit lower-performing minority students will be crushed. With state funds tied, too, to graduation rates, this guarantees that these poorer state schools will become the cheap, reliable diploma mills that churn out the raw human capital that corporate America will use to do the dirty work that the real white collars wouldn't touch. Our own academic version of corporate domestic training, if you will.

In the meantime, the higher education system of America, which so far remains the envy of the world, will be massacred if this Texas chainsaw is turned loose across the nation.

The whole sordid story is at Inside Higher Ed, but here are some clips:

. . . . Texas Gov. Rick Perry, a Republican, on Thursday proposed a major expansion of state support for public higher education and for student aid. He also proposed one of the broadest testing requirements for graduating college students to date. Seniors would be required to take either licensure exams in their fields or Education Testing Service exams for various college majors. While students would not be required to pass the exams to graduate, colleges’ state funds would be linked to students’ scores, so institutions where many students did well on the standardized exams would get more money.
. . . .
But faculty groups and advocates for Latino students are concerned about the testing requirement. Many fear that the exams will encourage a “teaching to the test” approach that’s not appropriate in higher education, that colleges will have incentives to place more emphasis in admissions on standardized tests, and that the new system will encourage uniformity and discourage creativity in undergraduate education.

Other critics said that the system was set up in a way that would reward places like the University of Texas at Austin — where graduates are likely to perform well on standardized tests. As a result, these critics fear, money will flow to the wealthiest universities and not to the institutions in south Texas that serve Latino students who are less likely to have attended competitive high schools.

“I’d give a flunking grade to the testing proposal,” said Charles Zucker, executive director of the Texas Faculty Association. “There is now a widespread consensus in Texas that all of the K-12 standardized testing that we have done has not really worked. We’ve had massive amounts of teaching to the test going on, and now that there’s a consensus that that has failed, the governor wants to institute the same plan for higher education.”
. . . .

As to the format of the tests, which do not feature writing, he said that psychometricians have determined “that to measure knowledge, multiple choice is the best way to go.”

While Wynne said he was surprised by the news about Texas on Thursday, he said he expected to see the test adopted soon in other broad programs like the one Perry proposed. “I think you are going to see these accountability initiatives coming out of the Margaret Spellings initiative,” he said.
. . . .

Critics of testing said that the governor’s plan would create the wrong incentives for Texas colleges. “Under Governor Perry’s misguided proposal, an easy way for a Texas institution to ensure that it will get a high rating accompanied by monetary awards is to limit admission to students who already score high on the standardized tests that will be used to determine the cash bonuses,” said Bob Schaeffer, public education director of the National Center for Fair & Open Testing. “Alternatively, they can narrow their curriculum to test preparation for the exit exam. In either case, test scores may soar but educational quality will be undermined — the end result will be another phony ‘Texas miracle.’ “

He added that the proposal was “not surprising given the test-fixated Texas dominance of the U.S. Department of Education and, especially, its commission on higher education led by Charles Miller. All are true believers in the notion that more tests magically lead to more learning, despite mounds of data to the contrary.”
. . . .
Not only will the beneficiaries probably be the research universities that tend to be the wealthiest institutions already, but the institutions that stand to gain the least are those that educate large numbers of students who graduated from poor high schools and who “perhaps by some coincidence educate a substantially higher number of minority students.”

MALDEF and other groups have been involved in a sustained effort over the last 20 years to help colleges in predominantly Latino south Texas gain more programs and more funds — and the institutions in that region have experienced significant growth as a result. “There doesn’t seem to have been any study on the effects that this testing would have with the universities that serve south Texas and all along the border,” Hinojosa said. “After years of having to fight for funding of those programs, we remain quite fearful that there will be a reversal of the dollars.”
. . . .
One part would award some funds based on graduation rates. While Zucker said that professors want to help students graduate on time, he also said that many students lack sufficient preparation to do well — and take a long time to graduate for all kinds of reasons, many of them valid. “If you are trying to maintain academic standards, how do you do that when a college’s funding depends on head count for graduation? It doesn’t take much of an imagination to see a dean calling in professors — many of them adjuncts — and telling them to start passing a lot more students.”

And Zucker said that the testing proposal would lead to “a cookie-cutter approach” to higher education. “One of the great wonders of higher education is the unique perspectives and approaches professors bring to classes,” he said. They won’t be able to do so if they are facing pressure “to just teach students so they get a high score on an exit exam.”