The Beautiful, the Bad, and the Pretty Just Got Ugly

This past week McClatchy Newspapers and the New Republic reported that 16,000,000 Americans live in severe poverty and that the rate soared by 26% between 2000 and 2005. Numbers living in the upper echelons of poverty have also increased as working people experience the full force of the "Sinkhole Effect"--or the Third-Worlding of America. The conservative solution: Close down the office at the U. S. Census Bureau that compiles these embarrassing numbers. Here is TNR's take:

So the reporters at McClatchy snapped on the rubber gloves, plunged into the dark cavities of the Census Bureau, and pulled out a stunning statistic: "Nearly 16 million Americans are living in deep or severe poverty"--a category that includes individuals making less than $5,080 a year, and families of four bringing in less than $9,903 a year. That number, by the way, has been growing rapidly since 2000. The article itself hits the usual refrains--noting that the United States spends less on anti-poverty programs than any other industrialized country outside of Russia and Mexico--but I found this bit near the end quite striking:

The Census Bureau's Survey of Income and Program Participation shows that, in a given month, only 10 percent of severely poor Americans received Temporary Assistance for Needy Families in 2003--the latest year available--and that only 36 percent received food stamps.

Many could have exhausted their eligibility for welfare or decided that the new program requirements were too onerous. But the low participation rates are troubling because the worst byproducts of poverty, such as higher crime and violence rates and poor health, nutrition and educational outcomes, are worse for those in deep poverty.

I doubt those are the only reasons for the low participation rates. As David K. Shipler reported in The Working Poor, welfare agencies spend a great deal of effort dissuading people from applying for assistance. They'll ask single mothers who come in a few perfunctory questions and then--illegally--refuse to give them an application. Or they'll design "Kafkaesque labyrinths of paperwork" that turn any attempt to obtain benefits into a full-time job. Anything to ease pressure on state budgets. Luckily, the Bush administration has taken note of all this and proposed to... eliminate the Census's Survey of Income and Program Participation, so that nosy researchers can no longer figure out how many eligible families are receiving assistance. Problem solved!

It was at least good to see that 7 of the 10 states with the highest poverty are already using high school exit exams to make sure that their citizens can compete in the global marketplace. Two others have exit exams proposed. 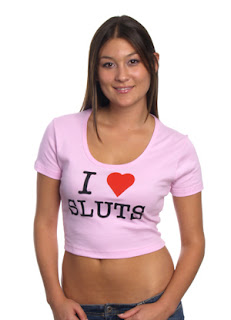 In the meantime, the Wall Street Journal reports this past week that bonuses for top Wall Street hustlers last year jumped 15-20%. With 2007 totals expected to exceed $26 billion, this year the average bonus will be between $2 milliion and $4 million. From the survey conducted by Prince & Associates (how appropriate), 14% of those millions paid out to the real men of Wall Street admittedly go toward " 'other' -- a category that includes hobbies such as horses and flying lessons, as well as 'mistresses and other lovers'."

And in a growing show of solidarity for the next generation of the hard-working men of Wall Street who deserve to be treated right by their women, Sam Dillon has a fascinating story on a college sorority that could represent a new national Greek strategy to weed out the brown, the black, and the heavy in order to keep their pledge numbers high and to make their coeds competitive in the local and global marketplace of highly-placed, unquestioning sluts that Wall Streeters prefer.

Perhaps these corporatist coeds will win future slots on the Fox Business News, a venue that will doubtless offer a whole new slant on the old term,"boobtube." Or at least there is the more realistic hope of sharing some of that 14% of the Wall Streeters' "other" spending that is not given over to horseback riding lessons:

GREENCASTLE, Ind. — When a psychology professor at DePauw University here surveyed students, they described one sorority as a group of “daddy’s little princesses” and another as “offbeat hippies.” The sisters of Delta Zeta were seen as “socially awkward.”

Worried that a negative stereotype of the sorority was contributing to a decline in membership that had left its Greek-columned house here half empty, Delta Zeta’s national officers interviewed 35 DePauw members in November, quizzing them about their dedication to recruitment. They judged 23 of the women insufficiently committed and later told them to vacate the sorority house.

The 23 members included every woman who was overweight. They also included the only black, Korean and Vietnamese members. The dozen students allowed to stay were slender and popular with fraternity men — conventionally pretty women the sorority hoped could attract new recruits. Six of the 12 were so infuriated they quit.

“Virtually everyone who didn’t fit a certain sorority member archetype was told to leave,” said Kate Holloway, a senior who withdrew from the chapter during its reorganization. . . .

Oh yeah, order your own t-shirt here while supplies last.