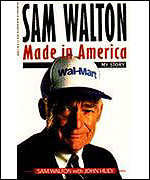 If you were impressed by the shock and awe of the Aspen Institute's Commission on No Child Left Behind version of NCLB on steroids, then don't come out of your bunker yet. There is another democracy buster whistling down, this one funded by the U.S. Chamber of Commerce, the Center for American Progress (Clinton's think tank), and the American Enterprise Institute (Bush's think tank). In the escalating war on education for democracy, you might call it the Coalition of the Well-Heeled.

To be delivered on Feb. 28 with heavy h'ouderves for reporters not assigned to Anna Nicole Smith, Leaders and Laggards: A State-by-State Report Card on Educational Effectiveness has a title that harkens back a hundred years ago to the heyday of eugenics, when the weak and the poor and the immigrant were described as misfits, retards, and, yes, laggards. Today, however, the old-fashioned goal of eliminating or segregating the defective "germ plasm" of non-elites has been been traded up for a new, "progressive," and more virulent strain of economic eugenics that is aimed at the economic and cultural sterilization of the non-elite by the unceasing administering of "education" that guarantees the poor, the weak, and the immigrant will never be good enough to ask for more than their failure allows them.

The corporate takeover of American education, in fact, must be achieved if the American corporate vision of economic sustainability through globalization is to work. And work it must, if power is to remain in the hands of the descendants of the same WASPy Model T set who led that first eugenics wave a hundred years ago. With gaping economic discrepancies today between American workers and the Third World workforce, competition in the global marketplace demands that either the rest of the world's workers be brought up to meet our standard of living--or that American workers be brought down so that we can produce here what we would otherwise import from the multinational sweatshops. Competition, in fact, demands that American workers become poorer in order to sustain economic growth, i.e., to make the rich, richer.

Where does education fit into this? Obviously, self-serving American workers can't be counted upon to place themselves in a state of perpetual exploitation without the help of a national system of educational intimidation that is aimed at achieving workers' complicity in their own unending servitude. Even Friedman knows that the world does not get entirely flat without a good deal of pounding from above along the high spots. As long as American states and municpalities can be bullied, however, into voluntarily adopting the making-stupid-by-testing model of behavioral control of the Business Roundtable and the US Chamber of Commerce, then a nationalized testing and tracking system can be achieved by the less bloody tool of intimidation and constant threat. Thus, the need for this second big smart bomb on February 28 aimed at pushing forward the agenda of making the next generation of American workers entirely and equally stupid. From the Orwellian Center for American Progress:

The Center for American Progress invites you to the release of a new U.S. Chamber of Commerce report, Leaders and Laggards: A State-by-State Report Card on Educational Effectiveness. In April of 2006, the U.S. Chamber of Commerce partnered with the Center for American Progress and Frederick M. Hess of the American Enterprise Institute to assess how well each state’s K–12 education system is preparing students to compete in the 21st century. Unique partners in this endeavor, we share the common goal of creating opportunity for all children to succeed.

Please join us as we reflect on the performance of our nation’s 50 states and the District of Columbia in nine areas including academic achievement, rigor of academic standards, postsecondary workforce readiness, and return on investment. The Center for American Progress and the U.S. Chamber of Commerce will also introduce a joint platform for educational reform. The challenges to preparing a better educated workforce and citizenry necessitates that a wide spectrum of stakeholders join together in promoting substantial education reforms.