Can Anita Dunn Put a Human Face to Michelle Rhee? 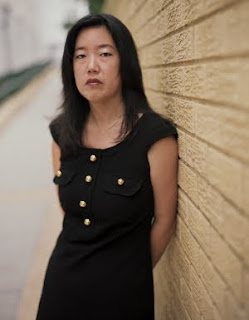 More toxic than a drinking fountain in a DC school is the earned reputation of DC's school chancellor, Michelle Rhee. Chancellor Rhee's demeanor of fuming petulance and her public displays of boundless arrogance have become the poisonous trademarks of the new corporate school reform model based on public lies, insider deals, and media manipulation. And with the looming announcement coming a few weeks hence on the crushing of the teachers' union in DC, the Oligarchs have bought Rhee a most well-connected Madison Avenue mouthpiece, now charged with somehow putting lipstick on this angry, dragon. From Bill Turque:

A D.C. schools spokeswoman confirmed Friday that the agency is negotiating a contract with Dunn's firm, Squier Knapp Dunn. The objective is to more effectively handle the heavy load of local and national news media attention that Rhee attracts and to help roll out major stories to greater strategic advantage. The spokeswoman said Dunn has devoted time to District school issues but would not elaborate.

Dunn is expected, however, to assist with an announcement of the long-awaited labor contract between the District and the Washington Teachers' Union, which could be finalized in the next few weeks.

Time will tell if Dunn is up to the task of containing all the lies and smears coming out of Rhee's office and orifice. As Valerie Strauss points out, Dunn could be asking for overtime:

What can you say after you say that D.C. school officials have yet again let down a school community that has been trying for years to get decent conditions for its students and young children to learn in each weekday?

That it isn’t anybody’s fault, really, because the system never had enough money?

Even if it were true that the system didn’t have enough money, that’s no excuse. In fact, there isn’t any excuse anymore for what has happened to the community at Bruce-Monroe Elementary School.

I toured the school six years ago and wrote an article in The Post -- part of a series on crumbling schools -- about the dangerously dilapidated conditions that existed then and had for years before. A committed band of parents and school personnel had tried over and over to get help from the school system authorities. They were paid lip service by superintendent after superintendent.

Now, Bruce-Monroe community members are having the screws put to them again.

My colleague Bill Turque writes here that schools Chancellor Michelle Rhee -- who became the seventh D.C. schools chief in a decade when she took over from Clifford B. Janey almost three years ago -- is reneging on her promise to rebuild three schools closed in 2008. Bruce-Monroe, in Ward 1, is one of them; the other two are Brookland Elementary in Ward 5 and Turner Elementary in Ward 8.

Rhee said that the downturn in the economy, along with overruns on other construction projects, have made it impossible to follow through on the promises. Those promises, by the way, were made by Rhee and Mayor Adrian M. Fenty to help get support from neighborhoods for their plan to close 23 schools that had too few students or were in horrible physical condition.

Turque reports that the man in charge of the school modernization effort under Rhee, Allen Y. Lew, is now saying that the whole effort is more expensive than expected, and that the initial approach -- to make some immediate and cosmetic fixes to schools while postponing some of the major systems repairs in a school -- may have been in error. Turque quotes Lew as saying: “We learned that [when] you go into a space you can’t ignore the corridors and the bathrooms and the lobbies and the windows.”

This revelation took this long?

All of this adds up to one big mess for the kids at Bruce-Monroe, who, incidentally, were sent to another unsuitable building, Park View Elementary, where water pipes are broken and mouse droppings are repeatedly found (including in the food supply).

So what do you say after you say the kids are being let down again? That Rhee and Fenty should have found a way to make this happen for these kids.

Leadership is about setting priorities. Ensuring that kids go to school in clean, safe buildings with working bathrooms and pipes and furnaces should be a top priority.

City leaders find ways to get other things done. Rhee, for example, is hiring (with private funds) a special communications expert, former Obama communications chief Anita Dunn, to help her improve her deteriorating relations with city residents. As if what is needed is a better branding effort rather than some straight talk from the chancellor.

Back in 2004, I asked Janey, then the new superintendent, if he would allow me to tour some D.C. schools and write about the deplorable conditions in which children and teachers were being forced to work and learn. He was so new to the job, I told him, that nobody could blame him for the conditions, and he gave me permission.

I visited several schools, including Bruce-Monroe, and wrote stories that described the deplorable conditions in which kids were sitting every day. Here’s some of the Bruce-Monroe story:

D.C. School Superintendent Clifford B. Janey has seen some seriously degraded school buildings around the country, he said, but a tour of Bruce-Monroe Elementary School in the District still gave him a shock: One-quarter of the building has been shuttered for years because of crumbling ceilings, asbestos and other problems; plexiglass windows are so corroded it is impossible to see the sky -- or anything else -- outside; bullet holes pockmark the back doors; lights are dim; wires hang from ceilings; classes share the same large room, with only thin partitions, because there are no walls to separate them, making teaching and concentrating harder than they should be.

"It was awful, just awful," Janey said. "I’ve seen school buildings in New York, Chicago, Boston, Los Angeles, everywhere around the country, and this city is among the 10 percent worst -- no, make that 5 percent.

"That's what the principal, teachers, students and parents have been screaming about for years to past school superintendents -- to little avail -- regarding the school on Georgia Avenue in Northwest. "We are so frustrated," said Lilian Hernandez, the head of the school's parent group. "All I want is the best for my son."

It was sad then, and, for some reason, I find it even more so now.