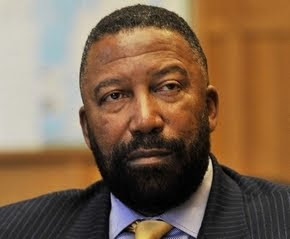 If the brainwashing during Broad training academy doesn't work, maybe an extra hundred grand a year will keep Mr. Bobb focused on the privatization task at hand. From the Detroit News:

The Detroit Public School Board unanimously voted Monday night to file a second lawsuit against Emergency Financial Manager Robert Bobb, saying $145,000 in private foundation support he receives under his new contract is unlawful.

"It's a conflict of interest," said DPS board member LaMar Lemmons.

Bobb's supplemental income from private foundations increased from $84,000 last year to $145,000 this year, under a one-year contract extension signed by the governor and state superintendent this month. The only philanthropic donor publicly identified is the Broad Foundation, whose support of charter schools has stirred controversy among some members of the DPS community.

"This is more than putting the fox in charge of the hen house, it's serving up the hens to be eaten by this guy," said George Washington, an attorney representing the teachers and community activist groups who have spearheaded the lawsuit and who urged the board Monday to join them.

The contract, Washington says, violates state ethics laws that prohibit public officials from accepting gifts that could influence the way they perform their duties.

The board filed suit against Bobb in the summer, alleging he overstepped his authority by making academic decisions for the district's 86,000 students. That case is ongoing.

Gov. Jennifer Granholm supports the efforts of private philanthropic foundations to keep Bobb in Detroit. Other foundation donors will be identified once their agreements are finalized, her office has said.

The Broad Foundation believes Bobb, a 2005 graduate of its superintendents training program, is the greatest hope for Detroit in transforming education, and the foundation wanted to invest in him to stay here. Any decisions about DPS are up to him, the community and the governor, a spokeswoman there said.

"Robert Bobb and his team is 1,000 percent focused, working day and night and weekends, devoted to things to improve the district, such as our academic plan and facilities plan," said DPS spokeswoman Jennifer Mrozowski. "That's what our attention is on."