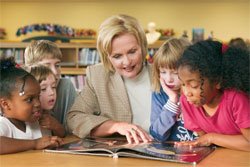 As far as I can tell, McCaskill of Missouri is the first national candidate to suggest repeal of NCLB, or parts of it, next year. Unfortunately, she was not specific about her reasons for supporting repeal.

This could be an issue that could turn the tide in many close races this Fall in places like Tennessee and Missouri. NCLB is hugely unpopular with teachers and parents and grandparents who know anything about the law, and bringing the more unfair and impossible components of NCLB to public discussion could serve candidates well who are concerned about education, rather than testing. People are waiting for leaders who will speak up on this scheme that threatens educational integrity nationwide.

Here is a clip from the AP story that is being picked up out-of-state papers:

McCaskill criticized the federal No Child Left Behind law, which requires schools to meet certain student performance goals or face a variety of penalties. The 2001 law is up for renewal next year in Congress.

McCaskill, who is trying to unseat Republican Sen. Jim Talent, suggested the law needs a major overhaul. It has 588 requirements - way too many, McCaskill said, although she did not single out any specific one for repeal.

"The point is this is a very burdensome, bureaucratized program that is providing a mandate from Washington, D.C., on functions of government that belong with local control and belong at the state level," McCaskill said in a conference call with reporters from Kansas City.