Rich, White Choices for the Poor and the Brown 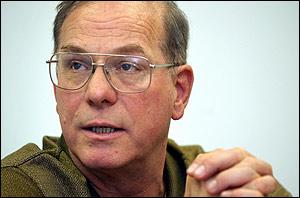 Dr. James Leininger, the “Sugar Daddy” of right-wing conversative politics in Texas, is on the move again, this time pouring a half million into his pet privatization strategy, school vouchers. And millions this guy has, enough to make this little advertising foray pale in comparison to the millions he has spent to buy Texas legislative candidates to push his right-wing agenda.

The story of this media buy to pump the virtues of vouchers would be hardly worth mentioning, except for the fact that it is targeted specifically to poor brown and black radio audiences in hope of gaining from the most oppressed an active complicity in their continued subjugation (to paraphrase James Anderson). Leininger is offering these parents the false choice of either public schools that suburban parents would never allow their white children to enter, or marginal private schools grounded by religious and/or behavioral indoctrination and a consistent aversion to critical thinking.

One must wonder if Leininger’s appeal to the oppressed will be any less of a failure than it has been with the white liberal and moderate Texan, who is less swayed nowadays by the disingenuous lies about not leaving any children behind, or any of the other transparent scams to blame poverty on the poor or on their under-funded public schools that can never correct what economics has determined.

Perhaps it is a good thing that this voucher charade is down to its final bankrupt appeal. With 8% of black Texans voting for Bush in 2000, it is not likely that this hapless and crass version of compassionate conservatism will be any more successful in its appeal than the brain trust that inspired it.
at 9:51 PM